From the mid-1990’s onwards, with the momentum of the newly launched EU accession process, reforms were established that were intended to strengthen the protection of human rights, minorities and the rule of law. The death penalty was abolished in 2002 – a controversial decision because it prevented the execution of PKK leader Abdullah Öcalan, who has been imprisoned since 1999. In 2002, Recep Tayyip Erdogan declared “zero tolerance” for torture. In 2005, this was anchored in the new criminal law as a criminal offense with higher sanctions.

However, since 2005 the situation has deteriorated again. This view is shared by representatives of Turkish human rights organizations. “The expansion of the police authority after 2005 and the changes in the anti-terror law in 2006 have led to unsatisfactory court hearings in Turkey,” said Metin Bakkalcı, head of the Human Rights Foundation of Turkey (TIHV) of “Hürriyet”.

Since the GEZi protests (2013) and as a result of the coup (2016), experts see human rights in Turkey as being seriously at risk. Several government officials have spoken out in favor of reintroducing the death penalty for those involved in the attempted coup. Turkey declared a state of emergency and suspended the European Convention on Human Rights. There were mass arrests and impeachments of up to 60,000 civil servants in the army, police, judiciary and education. Ill-treatment in police custody is reported, journalists are charged, and publishing houses are closed. 500,000 Kurds were expelled from Diyarbakir in the southeast.

According to ehistorylib, the Turkish media market is a colorful forest: the tabloid Posta and the liberal-conservative Hürriyet are among the newspapers with the highest circulation. Numerous TV channels provide the country’s viewers with a diverse program. The state broadcaster TRT has also been broadcasting in Kurdish since 2009. These are mostly translations of Turkish broadcasts. TRT 6 is not a mouthpiece for the Kurdish population group.

Freedom of expression and freedom of the press are severely restricted. This is also criticized by the EU Progress Commission and speaks of the strong pressure that the government and the state are exerting on journalists and media professionals. According to the Freedom of the Press Index, published by Reporters Without Borders, Turkey ranks 154th out of 180. It complains about the high number of journalists arrested after the 2016 coup and the closure of more than 150 media outlets. Fear and livelihood prevail among publicists and publishers. The feared charges are often “proximity to anti-state organizations” and “denigration of the Turkish nation”.

Media power is currently concentrated in the hands of a few corporate groups: Dogan, Demirören, Calik, Ciner, Cukurova, Türk Media, etc. They generate their added value in other areas, e.g. in the construction industry and through participation in state tenders and privatizations. This leads to a competitive relationship between adaptation and independence. But the secular camps also instrumentalize their media organs. Türkiye, Yeni Safak are religious and close to the government, Cumhurriyet, Birgün and Evrensel are Kemalist and left-wing liberalists. Radikal was discontinued in 2016.

Social media are very popular in Turkey. Most of the Facebook accounts worldwide are in Turkey, 35 million users are registered, 4 million people twitter, the blogger scene is booming. The background is the loss of trust in the traditional information channels. Here, too, state authorities are trying to exert influence and censorship. Numerous websites are blocked. Work is currently underway on the conception of a Turkish alternative to Google

Bianet is an independent news portal on the Internet.

All the major German news magazines and television companies have correspondents in Turkey, and the accreditations are not always extended. Deniz Yücel, journalist for “Welt”, was in custody for one year without a formal indictment. This led to an intensification of the already critical relationship between Germany and Turkey, which accused him of supporting a terrorist organization. Also Mesale Tolu has been held for seven months in the performance of their journalistic activities. Peter Steudtner, Human rights activist and documentary filmmaker, was taken into custody by security forces during a meeting of Amnesty International Turkey and was released six months later. All legal proceedings continue. 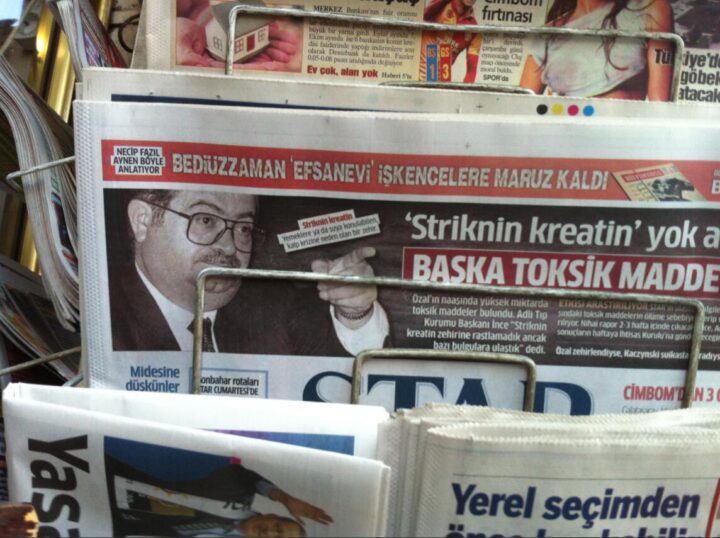 The Czech Republic is one of Europe’s most secularized countries. In the 2011 census, 42 percent of residents said they did not […]