Strategies to increase competitiveness and the employment rate are on the agenda of the State Planning Organization, which is now called the Ministry of Development. The aim is to improve people’s living conditions and the quality of social security systems. Another focus is on the development of the regional area. Last but not least, the efficiency of the public service is to be increased.

According to homosociety, behind this is the vision of “Turkey, a country of information society, growing in stability, sharing more equitably, globally competitive and fully completed her coherence with the European Union”. Nevertheless, the projects are oriented towards 2023, when the founding of the republic will be 100 years old.

The eight UN Millennium Goals called on the governments of the countries to make increased efforts to reduce poverty and promote development. The 2010 progress report showed that Turkey is doing well. In particular, the death rate of children (goal 4) and mothers (goal 5) fell sharply. The issue of gender equality (goal 3) is to be viewed critically. The situation of women with regard to participation in the labor market, education and health remained in great need of improvement. Regional and social disparities also continue to characterize the picture, for example: is the school attendance rate in the southeast and among girls lower than in the west and among boys. The poor performance of the state social security systems and the lack of coordination between the state actors involved exacerbate the causes. 2016 a study by the UN confirmed that Turkey continues to have strong disparities in social, economic and regional terms.

In 2016, the Sustainable Development Goals were adopted, which are intended to ensure sustainable development on an economic, social and ecological level. In 2019, Turkey ranks 79th out of 162 countries.

The Turkey Program of the World Bank supported development activities in the areas of: energy, funding opportunities in the private sector, urban development, transport, social disparity, labor, health, competitiveness, education. A major focus is on the integration of the high number of Syrian refugees while at the same time developing social spaces.

The IMF has also supported Turkey for a long time in the form of loans – with more than USD 46 billion over the past 50 years. Turkey has been debt free since 2013. Your role has changed from recipient to supporter. To rescue the euro crisis, the Turkish government agreed in June 2012 to provide 5 billion dollars.

German-Turkish cooperation began in 1958. To date, more than 3.7 billion euros in support have been provided. Over the decades, the focus of the cooperation changed. In the 60’s / 70’s the focus was on investments in industry and energy, in the 80’s efforts were directed towards improving a municipal environmental infrastructure. In the 90’s, the south-east was looked at to encourage the development of the neglected area. Today the approach to European standards is the focus of efforts. Together with the Turkish partners, municipal environmental infrastructures are promoted, efficient administrative structures are set up and small and medium-sized businesses are promoted.

The bilateral cooperation ended in 2008. Since then, the majority of the activities on the German side have been linked to EU projects which, among other things, support Turkey’s EU accession process. GIZ is currently implementing projects in the areas of “sustainable infrastructure, governance and democracy, environmental protection and climate change, economic growth and employment”.

The GIZ project “Qudra” supports the Turkish government and its administrations in dealing with the refugee crisis. The focus is on support

To this end, the EU and Germany are significantly increasing their development aid budgets.

For many years KfW-Bank has been by far the largest bilateral financier in the municipal infrastructure sector in Turkey. More than 100 projects with a total volume of more than 4.7 billion euros have been approved in the last 50 years in the form of low-interest loans with long terms or as non-repayable grants. KfW is currently primarily involved in improving the municipal infrastructure (climate, water, sewage, waste disposal and local public transport). It also supports the promotion of small businesses and the use of renewable energies and energy efficiency.

TIKA is the abbreviation for the Turkish Ministry for Development Cooperation. TIKA has been supporting projects in the fields of education, health, culture, economy and infrastructure since 2002.

Together with local partners, TIKA is active in the Balkans, the Turkic states, Afghanistan, Africa (Tunisia, Somalia, Senegal, Sudan, Ethiopia), in the Caucasus, in Eastern Europe and in Palestine. In addition to development goals, Turkey also pursues economic interests, particularly in the Sub-Saharan Africa region. 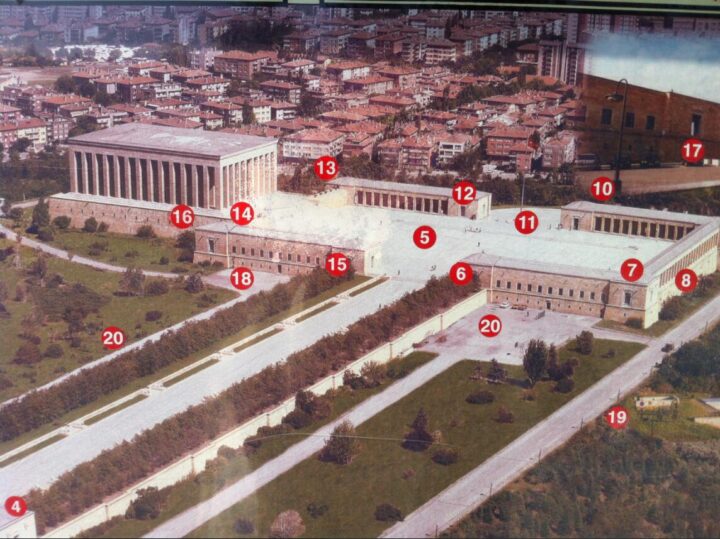