Waterfalls and rocks, deep lakes and excellent fishing, famous parks and numerous ferries, ski slopes and historical sights of Gothenburg and Stockholm, ancient castles and modern country residences – holidays in Sweden can surprise you with their diversity!

Tours to Sweden in winter can immerse every traveler in a real fairy tale: the snowy town of Ore with professional ski slopes, wooden ski lift trailers and real Swedish hospitality in many hotels and guest houses.

By choosing this small and impregnable country for a vacation, tourists from Moscow and other regions will make the most exciting and exciting journey of their lives.

“The country of the life-giving coolness
of Forests and mountains humming, where
Disheveled waterfalls Roar
, as if to be in trouble.”
N. Gumilyov “Sweden”

The majestic northern nature of Sweden impresses with its reserved beauty and vast expanses. Gray-haired Scandinavian mountains and bizarre ice-polished rocks, dense coniferous forests where wild animals live, and transparent lakes where salmon and pike are caught, the birthplace of Santa Claus is fabulous Lapland with its magical northern lights, and magnificent national parks abounding in diversity flora and fauna. On the picturesque landscapes of the country there are many magnificent castles and cultural and historical monuments included in the UNESCO World Heritage List, the cities of Sweden admire with ancient architecture, numerous museums and galleries, and Stockholm is undoubtedly one of the most beautiful diamonds in the crown of European capitals. Sweden has excellent opportunities for outdoor activities – from excellent ski resorts, water sports and rafting to fishing, hunting, sailing and mountain climbing. An ancient kingdom, a country of valiant Vikings, and a progressive Western European state, whose motto is “In step with the times!”, Sweden has a special, northern attraction.

Geographical position
The Kingdom of Sweden is located in Northern Europe, in the eastern and southern parts of the Scandinavian Peninsula. Sweden is spread over a vast territory of 449,964 km² and ranks third in Western Europe in terms of area. From the east and south it is washed by the Baltic Sea and the Gulf of Bothnia, and in the south the Øresund, Kattegat and Skagerrak straits separate Sweden from Denmark. Sweden also borders Norway to the west and Finland to the northeast. The Scandinavian mountains stretch along the border with Norway, and the highest is Mount Kebnekaise with a height of 2,123 m. In addition, Sweden includes two large Baltic islands in the Baltic – Gotland and Öland. The population of Sweden is more than 9.3 million people, while, in addition to the Swedes, the Sami, as well as indigenous and ethnic Finns, live in the country. In addition to the historical division of the kingdom into provinces and regions,

Climate
According to bridgat, Sweden has a temperate climate due to the Gulf Stream, but this is typical only for the southern and southwestern regions, for example, in Stockholm, the average temperature in January is -3.0°C, and in July + 185°C. In the northern, western and eastern regions of Sweden, winters are colder here, and summers are cool and short, in addition, a small part in the north of the country is within the Arctic Circle, and a subarctic climate prevails here. The average temperature in winter is minus 14 -16 °C. The rainiest period is at the end of summer, and the northern regions of the country are covered with snow for more than half a year. In the areas beyond the Arctic Circle, there are white nights in summer, and in winter, on the contrary, polar night reigns.

A bit of history
The name Sweden comes from the Old Norse words Svea and Rige, which means “the state of the Svei” – a Germanic tribe that lived on the territory of present-day Sweden. The state was founded around 900, and the settlement began from the southern part of the Scandinavian peninsula, which was divided into several areas of influence, and the most powerful was Svealand. In the 14th century, royal power was strengthened in Northern Europe, and King Gustav I ruled in Sweden. The heyday of Sweden began in the 17th century, thanks to a strong army and successful trade, but after the Great Northern War with Russia, the kingdom lost the eastern half of its territories. In the XIX century, the country began to flourish again, but the most progressive development of Sweden falls on the beginning of the XX century, so in 1905-1920. It’s time for a democratic breakthrough. At the beginning of World War II, neutrality was officially declared in the country. In 1995 Sweden becomes a member of the European Union. Today Sweden is a prosperous Western European country that is a constitutional monarchy. However, the king has limited power and the state is governed by the government.

Castles of Sweden
Sweden is famous for its ancient castles, which are not only architectural and historical monuments, but today are private and official residences, museums and even congress centers. In the province of Skåne there are 350 castles and country estates, among which the most famous is Trolleholm Castle, a fabulous castle built in 1538 in the early Renaissance style and surrounded by a magnificent park with a beech grove and defensive moats. 20 castles are located in the Lake Mälaren area, including the residence of the Swedish kings, the legendary Drottningholm palace complex, located on the island of Love and included in the UNESCO World Heritage List. The amazing historical and architectural ensemble, built in the 16th century and surrounded by a park in the French Baroque style, includes: a palace church with an organ from 1750 and a tapestry woven by King Gustav V with his own hands; An opera house built in 1766, and a Chinese village with a delightful Chinese pavilion from 1769. Another castle near Lake Mälaren is Skokloster, built in 1668 for Field Marshal Carl Gustav Wrangel and is a museum with a unique weapons collection. In the province of Soermland is the royal residence of the XVI century Tullgarn (Tullgarn) – with a majestic palace and a wonderful English park, decorated with canals, islets and bridges. On the West coast of Sweden, almost on the border with Norway, the mighty Bohus fortress, built in the 14th century, rises. Today fairs and spectacular medieval tournaments are held on the territory of the fortress. No less majestic is the medieval castle of Borgholm,

Holidays in Italy cannot be compared with traveling to other countries: a variety of tours and entertainment, visits to famous cities and […] 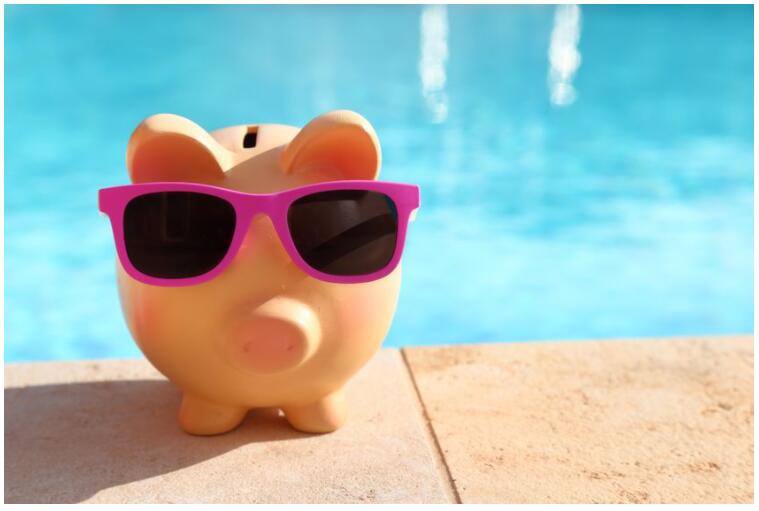