England is the largest part of the United Kingdom. An impressive number of sights and the English charm make the capital London a first-class destination for city trips. But England has a lot more to offer. Above all, the national parks with their lush green nature and the delightful small towns should not be ignored in England. Here are our TOP 10 for England:

When you hear the name Oxford, you have less the city in mind than the world-famous and oldest university in England. The University of Oxford has studied dozens of celebrities since it was founded in the 12th century, including various kings and presidents. The 420-year-old Bodleian Library is particularly impressive. England’s first public library now has a collection of more than 11 million books. 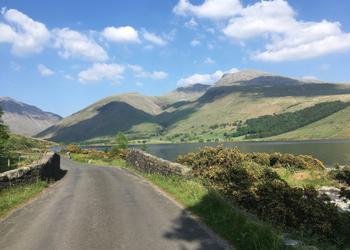 The Lake District National Park in northwest England has been a UNESCO World Heritage Site since 2017. The high mountains and the glacial lakes shaped by the last ice age give the region its name. The park offers various hiking opportunities along the various lakes, waterfalls and through moors and forests. As a starting point, we can recommend the small town of Keswick, which also offers boat trips. 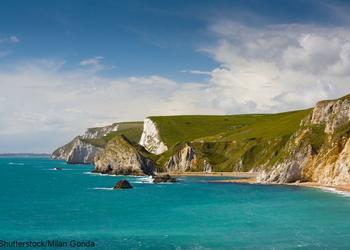 The Jura coast is a 150 km long coastal region of extraordinary beauty. The alternation of steep cliffs and gentle coasts, which consist of rocks that are 185 million years old, give a good insight into the history of the earth. Hobby archaeologists can go looking for fossils. The red cliffs at Budleigh Salteron are particularly impressive: When the waves are strong, the sea turns reddish due to sediment leaching. 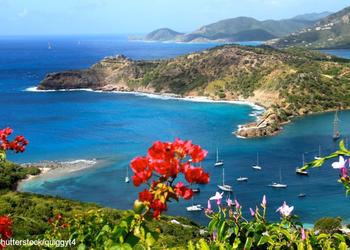 Hardly any other region of England has more lovely nature and legendary places to offer. Due to the Gulf Stream, the south-west of England has hardly any frost days and the mild climate allows subtropical plants to flourish, which make the town of St. Ives with its dreamy beaches a postcard idyll. But also the spectacularly situated Tintagel Castle by the sea, which is connected with the legend of King Arthur, is worth a trip. 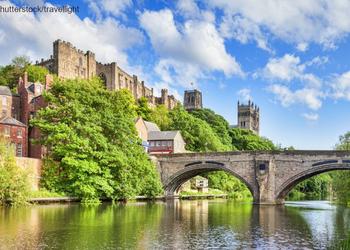 A small town with a great history. Surrounded on three sides by the River Wear, the city resembles a natural fortress. The Anglo-Norman cathedral with its enchanting cloister and Durham Castle from the 11th century are particularly impressive. Both dominate the skyline of the small town. A nice stop on your way to or from the ferry in Newcastle. 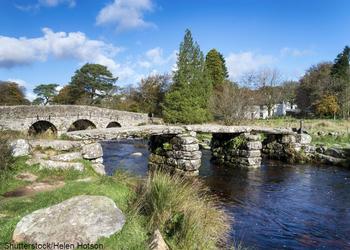 The Dartmoor National Park is located in the south-west of England in the county of Devon and is particularly known for its treeless and open moorland and the idiosyncratic granite formations. Here and there stone age relics can be found. The so-called “clapper bridges”, stone bridges built from granite slabs over the many small streams and rivers, are unique. 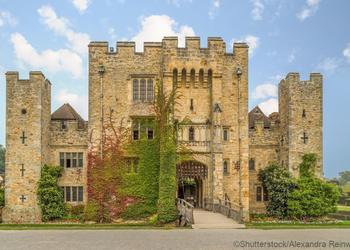 The stately Hever Castle, the former country residence of the Boleyn family, is located a good 50 km south of London. The property was built in the 13th century and shines with paneled rooms, wall hangings and impressive portraits from the Tudor period. The highlight of Hever Castle, however, is its spacious garden. From the loggia in particular, there are wonderful views of the water features, sculptures, mazes or grottos. 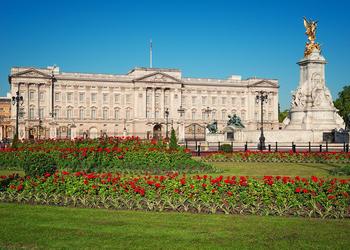 It is the workplace and the official residence of Queen Elizabeth II. Her Majesty also usually receives the heads of state here. You can tell if she is at home by the flag that is hoisted on Buckingham Palace. When the Union Jack, the well-known British flag, is not there. The Queen is only at home when the red, yellow and blue Royal Standard flag flies with the coat of arms. The first version of Buckingham Palace was opened in 1703 and then expanded several times. A popular highlight in London is the changing of the guard – the “Changing of the Guards”. In summer you can also visit the palace’s magnificent interior and art collection. 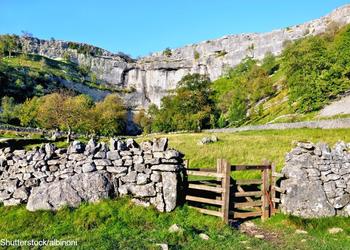 The Yorkshire Dales are picturesquely traversed by smaller rivers and shape the landscape, which is interrupted by heather and cattle pastures. The low mountain range, which is mostly made of limestone, has a few waterfalls to discover. The 7 km long “Ingleton Waterfalls Trail” in the southwest of the national park is particularly beautiful, most of which runs close to two rivers, making a large number of waterfalls accessible. 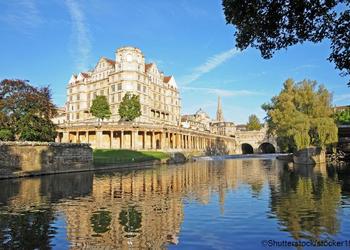 What makes Bath so unique in England? It is the thermal springs that the Romans appreciated a good 2,000 years ago. In the 18th century, Bath developed into one of the most important spas in Europe and the ancient thermal baths can still be visited today. But also the spacious squares and magnificent Georgian buildings in the city, such as the Royal Crescent or The Circus, give the city an unmistakable face. In the area, the hills of the Cotswolds with their picturesque villages are definitely worth a detour.

The Belarussian Orthodox Church is the country’s largest community and, according to the Religious Law of 2002, has a special position in […]