In the Middle Ages, Dutch theater was distinctly different from theater elsewhere in Western Europe in that the traditional mystery play was sparsely represented. Typical of the Dutch medieval theater is the profane drama, first at the Hovish knights’ games with subsequent fathers, the oldest in Europe, and then the development of the equally unique Rederijker theater. Both of these forms developed on southern Dutch land (see Belgium, theater), and the rederijker theater held its entrance in the northern Dutch area in the 16th century. In the same century, the Netherlands was marked by the most significant humanist dramatists in Europe (Macropedius and Gnaphaeus) who wrote Latin school dramas.

Around 1600, the Renaissance playwright PC Hooft emerged, who in his partly lyrical and difficult-to-play pieces followed the Seneca tradition as otherwise in European theater. At the same time, Gerbrand A. Bredero tried to create a Dutch comedy based on the old father; he also wrote a number of novelistic dramas. The greatest playwright is considered the southern Dutch emigrant Joost van den Vondel, who made his mark on the theater for almost 50 years. In 1638, the famous theater in Amsterdam was inaugurated with his local historical drama Gysbreght van Aemstel, which came to form a unique theater tradition by giving the play annually until the 1970s as a New Year’s performance in Amsterdam. Two years later came his Biblical David tragedy Gebroeders as the first in Europe with Sophocles as the role model.

Theater manager Jan Vos supported Vondel and listed his tragedies. Vos himself wrote good theater, without literary ambitions and without adhering to the strict morality of classical tragedy, as in the drama Aran en Titus, which, like Shakespeare’s drama Titus Adronicus, is a bloody horror drama. His Medea is in the same style. After a particularly fruitful decade, Vondel wrote his latest tragedies in an almost modern style in 1667, setting the mark for the rich Dutch golden age. Only two years later, the company Nil Volentibus Arduum (Nothing is difficult for anyone who wants to) was founded, and started the epigone time in Dutch theater and literature.

The French tragedy was now exemplified and came to characterize most of the 18th century. One bright spot was comedy poet Pieter Langendijk, whom Holberg must have known when he lived for a year in Amsterdam. Towards the end of the 18th century, for once, influence came from Germany, more specifically from Klopstock and the German Sturm und Drang. Rhijnvis Feith sought to reconcile these impulses with Orthodox Calvinism and strong sentimentality in a civil tragedy. In the Calvinist environment, he became the folk poets of the time. In the 18th century, theaters in Amsterdam and The Hague were used for periods by Flemish ensembles from Brussels, which at that time experienced a flourishing period for Dutch-language theater. It was during such a period that the great theater fire in Amsterdam took place in 1772. A new theater was completed in 1774, at the same location as the present one, Stadsschouwburg, was built in 1894. Rotterdam got its own theater in 1772, but did not develop its own theater culture. The Hague got theater as early as 1708; the present, Koninklijke Schouwburg, dates from 1804 and throughout the 19th century acted as a bilingual French / Dutch theater. By the way, was Amsterdam city center,Royal Society The Dutch Theater. Here Ibsen was also played. A theater school and a theater magazine were also founded.

Towards the end of the 19th century, the playwright Herman Heijerman’s came up with realistic and naturalistic drama, which was also played on Norwegian scenes. A new theater company was founded, the Nederlandsche Tooneelvereniging, where director Crispyn set up pieces by Ibsen, Hauptmann and Maeterlinck. New directions emerged, i.a. naturalism, symbolism and expressionism, and actors such as Albert van Dalsum, Eduard Verkade and Willem Royaards made a strong claim.

From the 20th century

In the 1930s, new political trends emerged. Fascist groups managed to halt a series of performances of a dramatization of Lagerkvist’s executioner with Dalsum in the title role. There were other similar incidents as well. During the German occupation, the actors had to register in order to continue playing. Most people denied this and went to cover. After the Second World War, the Stanislavsky method came into Dutch acting. In many ways, clear parallels can be seen between Norwegian and Dutch theater. However, the parallel is broken with the so-called tomato battle in 1969, which was a revolt against the established institutional theater. This resulted in a peculiar theater policy on the part of the authorities.

The new theater policy meant that the former companies were largely dissolved and a new support scheme introduced. The favored establishment of new, smaller groups who, during certain periods of time, had to document their artistic justification for further support. Of central groups in the 1970s are mentioned De Appel 1972, led by Erik Vos, Werkteater and the political Vorming scene which aimed to liberate its audience socially and politically through drama pedagogy, as well as Sater, Proloog and Theater ter Zijde.

The repertoire company Centrum was led by Peter Oosthoek and specialized in new Dutch drama. Outside the official support system, the Festival of Fools established itself in 1975. This initiative became the role model for many similar festivals elsewhere in Europe, not least in the Scandinavian countries. At about the same time, Ritsaert launched a Cate Michery Theater, which was based on inviting foreign directors and groups to work with them, which was of great importance for the new experimental development that emerged in the 1980s with performance-oriented theater and visual playwrights..

From the 1980s and 1990s innovative theater can be mentioned Hollandia and the company of the director and playwright Gerardjean Rijnders in Amsterdam. Other companies include Art and Pro, De Trust and Maatschapij Discordia. The Felix Meritis Theater has been a leader in the presentation of new forms of theater in the 1990s, and has participated in extensive collaboration with similar production theaters in Frankfurt, Brussels and Berlin, and in collaboration with them has contributed to the four-language international Theaterschrift. In the province, a number of theaters have excelled: Toneelgroep Theater in Arnhem, Zuidelijk Toneel Globe in Eindhoven and Groot Limburgs Toneel in Maastricht, where there is also a theater school.

Throughout the post-war period, Dutch theater has been supported by Flemish theater, as talented Flemish directors and actors have worked at Dutch theater companies. In addition, the foremost Dutch-writing playwright of our time, Flame Lender Hugo Claus, has for a long time been a poet at the Amsterdam theater.

In the province of Friesland, theater is played in Frisian. The most important professional theater is the state-subsidized Tryater (from about 1970) located in the capital Leeuwarden (Ljouwert), but is active throughout the province. There is a nationwide and well organized amateur theater chain. Famous are the annual monumental outdoor performances, in the first post-war era in Beetsterzwaag, later with Jorwert as the main place, which attracts visiting spectators from the rest of the Netherlands. Also theater school for children and youth. 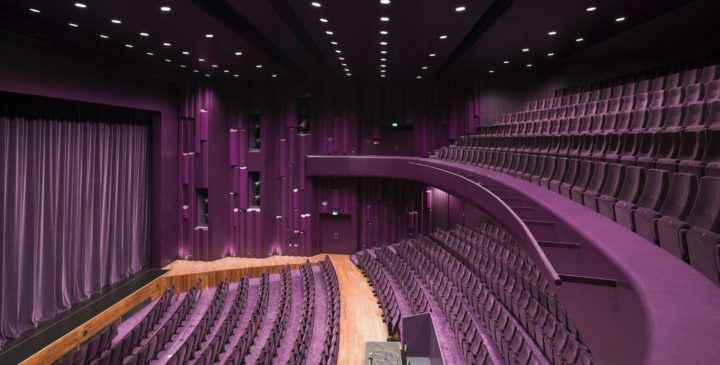 Irish music, began with the spread of religious music through the engagement of Irish monks in the monasteries of what was then […]

In an energy giant like Russia, the symptoms of an energy crisis – such as strikes by miners, the slowdown in investments […]