The disappointment over the peace agreement after the Balkan wars led Bulgaria to withdraw into the First World War on the part of the Central Powers, after having waited awkwardly until the summer of 1915. However, after a series of victories against Serbia and Romania, the offensive collapsed; the country was subject to prolonged blockade on the part of the entente and had to capitulate unconditionally at the armistice on September 29, 1918.

Bulgaria was occupied by entente troops, and King Ferdinand 1 abdicated in favor of his son Boris 3 (1918–43). The peace was signed on November 27, 1919 in Neuilly-sur-Seine, and Bulgaria lost Western Thrace, Dobrudja and some border districts to Yugoslavia. 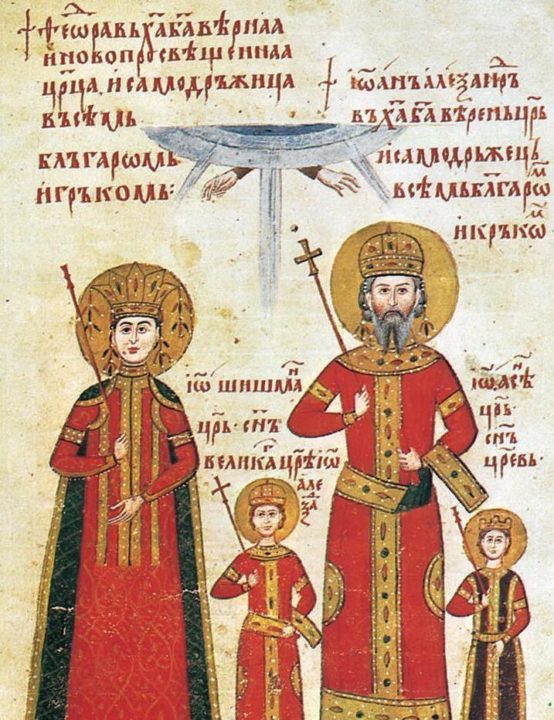 Conditions in Bulgaria after the war were very difficult, with pressing financial distress, not least because the country had been required to pay major war damage compensation. The radical national peasant party under leader Aleksandr Stambolijski won the national assembly elections in 1920 and formed a one-party government, which carried out substantial democratic reforms, especially with regard to land distribution. On June 9, 1923, the army and conservative political elements overthrew Stambolijski by a coup. He was cruelly tortured before he was killed. An active participant in the coup was also the extreme Macedonian organization IMRO, which used raids across the border of Yugoslav Macedonia (“Southern Serbia”) and domestic terror to compel Bulgarian politicians to take a more unforgiving attitude towards Yugoslavia.

In his foreign policy, Stambolijski had adopted a conciliatory attitude towards Yugoslavia. After the coup, a bourgeois coalition government under Aleksandr Tsankov took power, and drastically defeated a communist insurgency attempt in September 1923. Although after the coup, Tsankov had made some political concessions to gain support, the regime soon became tougher. When political repression made it difficult to obtain a necessary foreign loan, in 1926 Tsankov was replaced with Andrei Lipachov. Tsankov gradually slid even further to the right, and in the 1930s became the leader of an open fascist organization. During Lipachov there were several democratic openings. But at the same time, the IMRO got bigger elbow room, and there were more political murders.

Even greater wear and tear suffered Lipachov from the global economic crisis around 1930. Bulgaria began to hit everything in 1926, when tobacco prices on the world market began to fall. An increasingly activist IMRO, which from 1932 advocated an independent Macedonia, not just Macedonia as an autonomous territory in Bulgaria, helped isolate Bulgaria’s foreign policy. In 1934, neighboring Yugoslavia, Turkey, Romania and Greece joined forces in an alliance to preserve the existing borders.

In 1934 another bargain happened. The organization Zveno (‘the chain’) stood behind together with officers. Zveno’s members considered themselves an elite who could solve Bulgaria’s social and economic problems more effectively than political parties in a democratic system. The strong man behind the coup was Colonel Damian Velchev. Another officer was Prime Minister Kimon Georgiev. It was now cleaned up in relation to IMRO, and the country’s foreign policy became less strained.

Domestic political parties were banned and their newspapers stopped. But there was disagreement about the way forward among the regime’s men, and the king began to be afraid of losing all political influence. In 1935, therefore, King Boris 3 carried out his own coup. He then ruled dictatorially, though he did not establish any totalitarian regime.

At the outbreak of World War II, Bulgaria declared itself neutral, but soon approached more and more to the Axis powers, and in 1940, with German assistance, returned southern Dobrudja from Romania. In March, the government joined the three-power pact, declaring Britain and the United States war on December 13, but despite German pressure, King Boris did not dare to do the same to the Soviet Union. In addition, the Russian-friendly attitude of the population was too strong.

Following the German assault on the Soviet Union, the Bulgarian communists engaged in the fight against the regime and the German troops in Bulgaria. In 1942, they and other patriotic and radical circles joined forces in the Fed, and the partisan movement grew in strength. When Boris 3 died in August 1943, the throne was taken over by his son Simeon and a regency. As the Soviet forces approached Bulgaria, in September 1944, a new government was formed to ask the Allies on ceasefire, but the Soviet Union declared Bulgaria’s war on September 5. The day after, the Soviet army moved into the country. The Fatherland Front formed a government led by Kimon Georgiev, who had also been prime minister in 1934. The new government declared Germany war. On October 28, 1944, Bulgaria received a ceasefire with the Soviet Union.

Initially the government of the Fatherland Front was relatively broadly composed, but the influence of the Communists increased rapidly. Among other things, the Communist Minister of the Interior made sure to fill many important positions within the police and other key agencies with communists. In a short time, a large number of death sentences (over 2,600 in six months) were handed down.

In January 1945, the farmer’s capable secretary general, GM Dimitrov, was forced out of his position, accused of being a British agent. He was later arrested. His successor, Nikola Petkov, with a clear antifascist background, would, like Dimitrov, maintain the peasant party’s independence. He too, therefore, quickly came into conflict with the communists. Eventually he became the great symbol of political unification. He continued in government until the summer of 1945. Then he and five others protested against the plans for joint lists in the upcoming elections, which meant that the opposition should not be allowed to make their own lists. Following protests from the Western powers, the elections were postponed until November. The ruling parties received 86 percent of the vote. Neither the opposition nor Western observers accepted the result.

In September 1946 a referendum on the monarchy was held. 92 percent voted for the Republic. In new elections in October 1946, the opposition officially got 22 percent of the vote. The authorities were again accused of electoral fraud and a little free election campaign. Communist leader Georgy Dimitrov (not to be confused with the peasant party Dimitrov) became prime minister in the period 1946-1949. The peace treaty with the Allies of February 1947, ratified in August, allowed Bulgaria to retain South Dobrudja. But Bulgaria had to give up access to the Aegean Sea. The country was also required to pay a $ 70 million war damages.

Madonna della Corona – a church on the rock: Churches are attractive places to visit for many tourists. The sacred buildings impress […]