The history of Bulgaria is the period from antiquity to 1990. The history is characterized by the fact that the area has been subject to a number of foreign powers. In ancient times, today’s Bulgaria was part of a province under the Roman Empire. By the division of the Roman Empire in 395 according to our time, Bulgaria was placed under the Eastern Roman Empire (Byzantium). The first Bulgarian kingdom was created in 681. This kingdom was recaptured by Byzantium in the 11th-11th century, and then conquered by the Ottoman Empire in 1396. The Ottomans retained dominion over Bulgaria until 1877, when Bulgaria became an independent principality. Bulgaria gained full independence only in 1908. 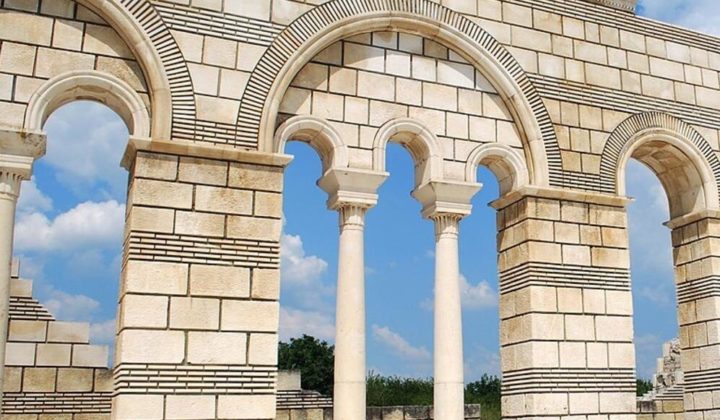 During World War II, Bulgaria declared itself neutral, but increasingly relied on the Axis powers. The Soviet Union declared Bulgaria war and moved into the country in 1944. Communist takeover followed, the monarchy was abolished by a referendum in 1946 and Bulgaria became a people’s republic. The People’s Republic was dissolved in 1990 and Bulgaria became a democratic republic.

Antiquity and the migration period

The earliest known population in present-day Bulgaria was the Trekkers, an Indo-European people. The country was in ancient times part of the Roman province of Moesia, and there were flourishing urban colonies founded by the Greeks along the Black Sea coast. After the division of the Roman Empire in 395 AD, Bulgaria came under Byzantine (the East Roman Empire). In the 500s and the first half of the following century, Slavic tribes settled south of the Danube ; they gradually invaded the areas north of the South Carpathians.

The slaves soon got competition from others. Proto-Bulgarian (as they are called to distinguish them from the later Slavic-speaking Bulgarian ) was of turko- Tatar origin and came from the area between the Urals and the Volga. For a time they had been on the steppes north of the Caspian Sea before reaching about 660 to the Danube Delta. They were feared for their cavalry and were led by a khan. 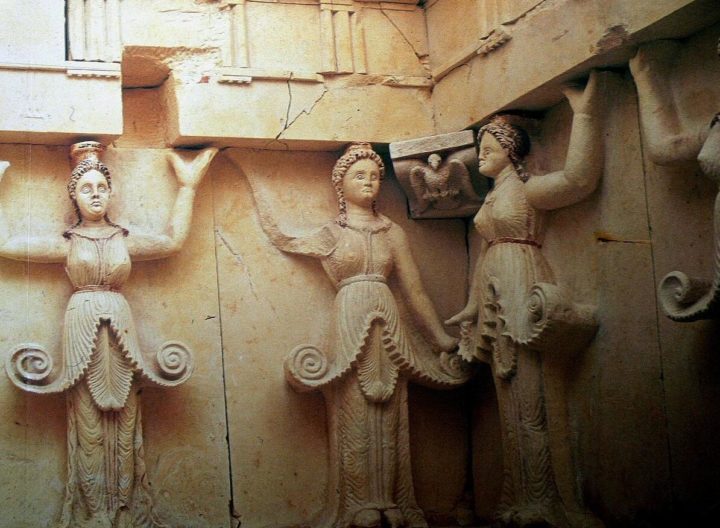 The Sveshtari tragic tomb in Bulgaria is on UNESCO’s World Heritage List.

Under Khan Asparukh (680–701), the Proto-Bulgarians in 680 crossed the Danube, defeated the slaves and threatened the East Roman Empire. The following year Emperor Constantine 5 had to recognize the new Bulgarian state, which got its capital in Pliska. Eventually, the Slavic population and the conquerors were merged into one people. The language became Slavic ( Bulgarian ).

Khan Boris 1, who ruled in the period 852–889, carried out the Christianization of the land, although many of the slaves were Christians in advance. After pressure from Byzantium, he agreed to be baptized into the Eastern ( Orthodox ) Church, but achieved considerable independence for the Bulgarian Church. Boris’ son Simeon (893–927) was called Czar or Emperor and ruled most of the Balkan Peninsula except Greece, Croatia and Dalmatia, as well as the district around Constantinople. He was the most powerful prince in Eastern Europe. However, Simeon failed to win the Byzantine throne, which he tried several times.

The capital of Simeon’s time was Preslav. Both Pliska and Preslav are in ruins today. Simeon’s ambitious policy went beyond the prosperity that had been built up, and under his successor Peter 1 (927–970), the kingdom fell rapidly. There were great social tensions, and many peasants joined the heretical bogomiles. Other dangers to the empire in the 9th century were increasing conflicts between nobles, Serbian push to get rid of the Bulgarian regime, invasions of the north from new groups from the east, and a stronger military pressure from Byzantium.

After Eastern Bulgaria was conquered in 971, for a short time a weak Bulgarian kingdom existed with its capital in Ohrid in Macedonia. Attempts by Tsar Samuel (980-1014) to expand this ended in a catastrophic military defeat in 1014. In 1018, Ohrid was conquered. That meant the end of the first Bulgarian Empire. Byzantium had regained its supremacy.

In a revolt led by the two Bojar brothers Peter and Asen in 1185–1186, the second Bulgarian kingdom was founded. The capital was added to Tarnovo. Under the tsars of Kalojan (1197-1207) and Ivan Asen 2 (1218-1241), the Bulgarians won a number of battles, and expanded the kingdom roughly to the old borders. But even now they failed to conquer Constantinople. Especially during Ivan Asen 2, both the material and spiritual culture of the kingdom flourished, and the capital was richly developed.

At the end of the 13th century, central power was weakened by internal strife and new external attacks, including Mongol ravages. And in 1330, Tsar Mikael 3 Šišman was defeated by the Serbs, who were now on their way to becoming the strongest Balkan power. Significant parts of Bulgaria were laid under the Serbian Empire. The biggest threat from the outside, however, was directed at both Serbs and Bulgarians. In the middle of the 1300s, the Turkish Ottomans moved to Europe, and the Serbian Empire was defeated in 1389 at the Battle of Kosovo Polje. In 1393 most of Bulgaria with the capital Tarnovo was conquered, and in 1396 all Bulgarian territory was under Ottoman control.

Great Britain Animals and Plants What animals live in the UK? There are many species of birds in the UK but few […]