Freedom of religion is guaranteed by the constitution and the Slovakians can in practice freely practice their religion. Almost two-thirds of residents in the 2011 census said they belong to the Roman Catholic Church. There are also Protestant communities and smaller groups of Orthodox Christians, Jews and Muslims. In the census, just over one tenth of Slovakia said they lack religion. About as many refrained from specifying any religious affiliation. 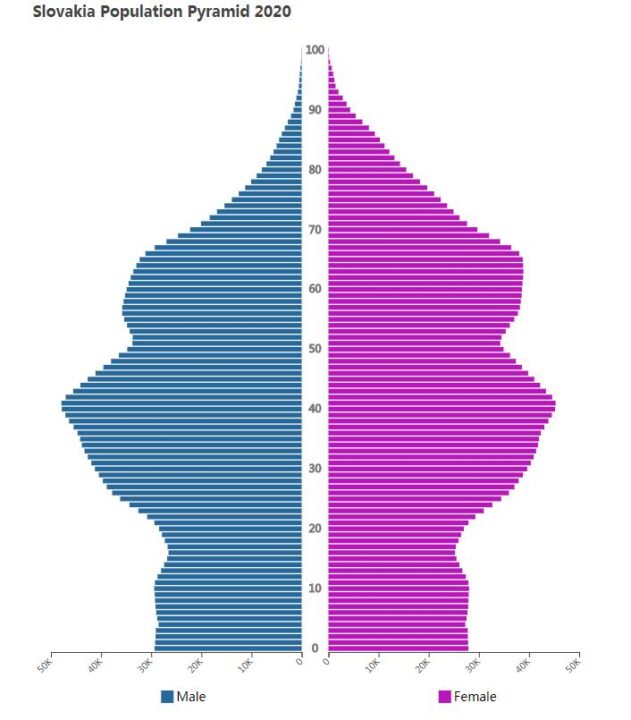 Prime Minister Pellegrini announces that a Russian diplomat was expelled on November 22 because he carried out “espionage activities targeting the interests of Slovakia and NATO”. No further details are given. Russia is reacting negatively to the news and replies with the expulsion of a Slovak diplomat from Moscow a week later.

The local elections will be a success for independent candidates and a setback for the ruling Smer SD. The party loses four of the six governor positions that the party holds and wins only 592 of the more than 2,900 mayoral positions that are at stake, which is significantly less than in the 2014 local elections when Smer-SD won 847 mayoral elections. In addition, Smer-SD loses in important cities such as the capital Bratislava and the city of Košice. The local elections are the first elections held since the February assassination of journalist Ján Kuciak, which led to major demonstrations and a reform of the government. More than 42 percent of those running for local elections are running for independence, which is interpreted as a reflection of voters’ criticism of the established parties after Kuciak’s death. Through the murder, Kuciak’s work on revealing high-level corruption became known.

The Prosecutor’s Office announces that four people have been arrested on suspicion of arresting and carrying out the murders of investigative journalist Ján Kuciak and his fiancee in February. The arrested are three men and one woman. One of the men is suspected to have held the weapon, one must have been a driver and a third must have been a link to the woman who is said to be the person who ordered the murder. The prosecutor says that the evidence against the four is very strong. The woman must have worked as an interpreter for the businessman and multi-millionaire Marián Kočner. She is said to have given the men € 70,000 as compensation for the assignment. Kočner’s name appeared in the tangle of contacts between the Italian mafia and Slovenian politicians that Kuciak investigated.

Another twelve journalists resign from the state broadcasting company (see also May 4). The journalists accuse the ether media company management of bowing to political pressure. The journalists are supported by the country’s Minister of Culture Ľubica Laššáková, who the next day condemns what she calls political influence in state-owned media.

The Minister of Agriculture survives the vote of confidence

60 of the MEPs vote to dismiss Agriculture Minister Gabriela Matečná, but she remains in office; 76 votes had been required to cast her. Matečná is accused by the opposition of long-term abuses with EU agricultural aid. The critics say that Matečná made it more difficult for outsiders to review the business, which paved the way for corruption. Handling the agricultural support was one of the subjects that investigative journalist Ján Kuciak was digging into when he was murdered in February 2018.

New major government-critical demonstrations are being held in Bratislava and other cities. The protesters demand that the former head of government Robert Fico be imprisoned and that new elections be held. Fico was the head of government when the journalist Ján Kuciak was murdered in February. The protesters also put forward demands for press freedom after the state radio and TV company dismissed several journalists. According to the newspaper Dennik N, around 25,000 people participate in the demonstration in Bratislava.

New Minister of the Interior appointed

Denisa Saková is appointed new Minister of the Interior after Tomáš Drucker, who resigned on April 16. Saková, who belongs to the ruling party Smer-SD, has worked in the Ministry of the Interior for about ten years, most recently as State Secretary. She was a close associate of Robert Kaliňák who left the post of Interior Minister in March because of the large demonstrations following the murder of journalist Ján Kuciak (see February 25).

Interior Minister Tomáš Drucker resigns after only a few weeks at his post. Drucker has been under great pressure to dismiss the country’s police chief Tibor Gašpar. Tens of thousands of Slovaks have walked the streets demanding Gašpar’s resignation after data claimed that political considerations prevented a proper investigation into the murder of journalist Ján Kuciak in February. The day after Drucker’s departure, Gašpar also throws in the towel and announces that he will leave his post in May.

President Andrej Kiska approves a new government with Peter Pellegrini from Smer-SD as new prime minister. Most ministries from the outgoing government are allowed to remain, but changes are made to the Home, Culture and Justice Minister posts.

Robert Fico declares his willingness to step down as a way to try to curb the protests following the murder of journalist Ján Kuciak. The following day, President Andrej Kiska Fico accepts the farewell application. Deputy Prime Minister Peter Pellegrini, who is close to Fico, is asked to become new head of government by the president.

The Minister of the Interior resigns

Interior Minister Róbert Kaliňák from Smer-SD resigns. He announces that he is leaving his post to maintain stability in the country. The smaller ruling party Bro had threatened to leave the government unless Kaliňák quit.

The political crisis continues after the murder of journalist Ján Kuciak. Over 40,000 people are demonstrating in Bratislava, the largest demonstration since the “velvet revolution” in 1989. The protesters demand that the government resign in the light of reports of links between the government and the mafia. A few days earlier, President Andrej Kiska openly demanded that the government be reformed or that new elections be held. However, Prime Minister Fico rejected the proposal and accused Kiska of being allied with the opposition.

Investigative journalist Ján Kuciak, who worked for a news service on the Internet, is found murdered in his home along with his fiancee. According to journalist colleagues, Kuciak was conducting an investigation into the illegal use of EU funds and tax deals with possible links to the Italian mafia. A senior adviser to Prime Minister Robert Fico was reported to have been one of those under review. She resigns with another government official waiting for the murder investigation to be completed. Minister of Culture Marek Maďarič also chooses to resign in protest of the journalist’s murder. Kuciak has also worked on the scandal surrounding the so-called Panama Papers, which revealed extensive fraud committed by a wide range of individuals, companies and banks worldwide.

With 30 to 50 trade fairs a year, Frankfurt is the most important conference and conference city in Germany. For this reason, the hotels are […]

According to softwareleverage, Syracuse was founded by Greek colonists from Corinth in the 8th century BC. Founded. After the Greeks, Romans, Arabs […]