Monaco is a country located in western Europe. According to Abbreviation Finder, Monaco is the richest playpen in the world. The national drink is of course champagne, and the yachts in the harbor are big enough to make the Norwegian navy envious. The principality is a great place to go on a city break, even for us ordinary mortals with a lower holiday budget than oligarchs and movie stars. Here you get all the tips you need. 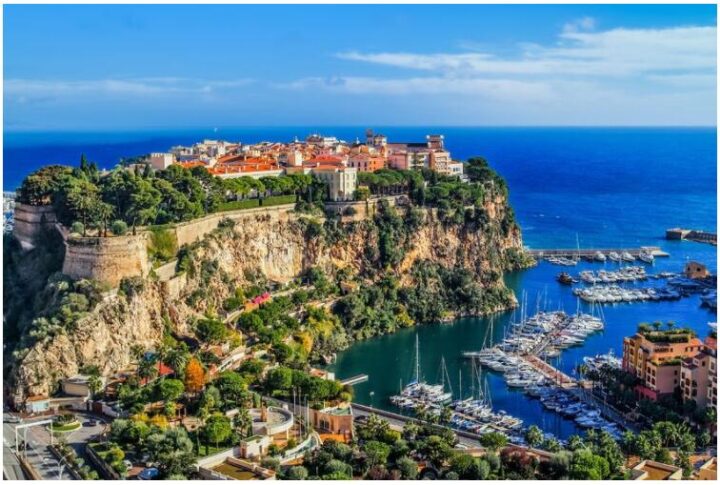 Measured in area, the Principality of Monaco is the world’s second smallest country. The population is not all the world either, and is about 38,000 people. However, GDP per capita is very high with its approximately 160,000 US Dollars per capita. Those who earn a lot and do not like to pay taxes move here.

The history of the principality stretches far back in time. Today’s name dates back to the 6th century, when the area was a Greek colony. The Grimaldi family, as the current regent Prince Albert II. is a descendant of, had its seat in Monaco for the first time in 1297.

The father of Prince Albert II, Rainer, was the regent who accelerated Monaco in terms of government revenue and popularity as both a tax haven and a tourist destination. The glamorous aspect gained momentum especially after Rainer married the famous American actress Grace Kelly .

SAS and Norwegian have direct flights to Nice. However, the direct flights do not run every day, and there are more departures in the summer than the rest of the year. With direct flights, the flight time is only 3 hours. With a stopover, it takes from 4 hours and upwards, depending on which airline you choose. The shortest time with a stopover is normally KLM, Lufthansa or Air France, as well as Norwegian and SAS.

The distance between Aeroport de Nice and Monaco is about 32 kilometers. The trip takes from 30 minutes to just over 1 hour by taxi, depending on traffic and which road is chosen. With the shuttle bus, or the minibuses that some of the hotels offer, the trip can take a little longer.

Hotels in Monaco – Does not matter where you live

Monaco is not the big deal. All hotels located within the boundaries of the principality are within walking distance of, for example, the palace or Monte Carlo Casino. Although luxury hotels dominate, it is possible to find quite reasonable prices on accommodation, even in hotels with four and five stars. This depends on when in the season you visit Monaco, and which days of the week. The Beausoleill district is the area where many of Monaco’s regular wage earners live, such as employees in the service industry. There are some hotels and apartment hotels that usually have relatively affordable rooms to offer.

Monaco – one of the best destinations for city breaks

Monaco is undoubtedly one of the most attractive places to travel on city breaks. The limited area means that almost everything you want to experience is within walking distance. The principality is quite willing to invest in anything that may interest a city tourist, so there is a lot to consider here. Monaco is basically about entertainment, culture and traditions, with the main emphasis on the first word.

Another factor that makes the principality popular is the proximity to so many other exciting destinations. You have the French Riviera and Provence on the west side, with cities like Nice , Antibes, Cannes and St. Tropez. If you travel a few kilometers to the east, you will reach the Italian Riviera, and thus get to discover some more popular and glamorous holiday towns.

Bring football and motorsports to Monaco

Monaco offers a lot of speed and excitement on the sports and sports front. Watch, for example, AS Monaco FC play a home game at Stade Louis II. At times, the team is extremely strong, depending on how much money has been injected into the club’s coffers. Monaco won Ligue 1 as late as the 2016-17 season, ahead of Paris Saint-Germain. In 2017, they also reached the semifinals of the Champions League.

Every year in May, the Formula 1 circus visits the principality. The Grand Prix de Monaco has been held since 1929 and is considered one of the classics in motorsport. Formula 1 cars race through the streets of the districts of Monte Carlo and La Condamine, hence Monte Carlo is often used incorrectly in reviews of the Formula 1 race. However, that name is correct to use when we talk about the rally race, Rallye Monte Carlo, which is also held annually. However, the rally takes place only partially in Monaco, as this is a significantly longer car race. A third car race worth seeing is the Rallye Monte Carlo Historique . Participants must present cars that are identical to those used in the rally in the years between 1955 and 1980.

Many nations’ cultural expressions have prevailed in the territory of present-day Lithuania. Vilnius has been an important cultural city; not only for […]

According to ezinereligion, the former capital of the Western Roman Empire and center of Byzantine Italy has outstanding examples of early Christian […]