Many nations’ cultural expressions have prevailed in the territory of present-day Lithuania. Vilnius has been an important cultural city; not only for the Lithuanians, but also for Poles, Jews, Belarusians, Tatars and Karaites, and Klaipėda (then Memel) was an important city for German East Prussia.

The architecture of Vilnius contains magnificent buildings of most styles. Particularly well known is the Vilnius Baroque with, for example, the Church of Casimir (1604), inspired by Il Gesù in Rome. Kaunas, which was the capital of the interwar period, received signal buildings in art deco, funkis and Bauhaus, including the town hall and the post office. In recent years, wooden buildings have been highlighted as an expression of the ethnic art of the Lithuanians.

There is a rich literature in Polish by writers who considered themselves Lithuanian. This applies to Poland’s national call Adam Mickiewicz (Adomas Mickevičius in Lithuanian), and Czesław Miłosz, who was awarded the Nobel Prize in Literature for 1980. The first book in Lithuanian came in 1542 and was a catechism written by a Protestant priest. Nevertheless, it was not until the end of the 19th century that Lithuanian actually began to be used as a written language by poets such as Antanas Baranauskas. After the Polish-Lithuanian uprising in 1864 and up to 1904, it was mandatory to use Cyrillic letters to render Lithuanian. During this period, uncensored books with Latin letters were smuggled of the so-called book carriers (knygnešiai) from Lithuania on the German side of the border.

Vilnius was a center for publishing in Yiddish towards the end of the 19th century and up to the First World War. The melodramatic Eisik Meir Dick (1807-1893) is the most well-known and popular author of this time.

In the interwar period, much of Lithuanian literature in Lithuanian language was spatially and nationally angled, but European currents such as symbolism, futurism and expressionism were also represented. In the early 1930s, a distinctive neo-romantic and Catholic existentialism developed around the Granitas and Naujoji Romuva journals.

In the post-war period, Lithuanian-language literature was divided into one official section and one section based on writers in outer or inner exile. Balys Sruoga’s novel Dievų miškas (Forests of the Gods) about the Nazi concentration camp Stutthof is considered a major work during this period. Since 1991, several authors have taken the opportunity to address controversial issues surrounding nationalism and religion, such as Ričardas Gavelis (1950–2002) with Vilniaus pokeris (Vilniuspoker) and Jurga Ivanauskaitė (1961–2007) with Ragana ir lietus (Heksa and rain).

The best-known Lithuanian artist is Mikalojus Čiurlionis, who made a strong impression in both painting and music. His works can be seen in the Čiurlionis Museum in Kaunas ; the country’s oldest art museum, founded in 1921.

Three to four feature films are produced a year and a double number of documentaries. Nine daily newspapers are published. Basketball is considered a national sport.

Wood was the most important building material for a long time, a number of wooden castles have not been preserved for posterity. Citizens in Masonry were erected in the 13th century. in Vilnius. Remains of the first cathedral in masonry, erected in Romanesque-Gothic style in Vilnius in the 13th century, can be found under today’s cathedral. The influence of both the Western and Byzantine styles was felt in the 1300s, but after the introduction of Catholicism in the country, Western forms gradually became dominant. Typical of the church architecture in the 1400s and 1500s are hall churches in brick brick Gothic. A masterpiece in brick gothic is the church of St. Anna (1499-1581) in Vilnius, which is close to Flemish brick gothic in its modeling of the facade. Other prominent Gothic buildings are the castle on Trakai Island and St. Bernardine Church in Vilnius, as well as Perkūnas’ house in Kaunas. In the second half of the 16th century and in the first half of the 1600s, influences from the Italian Renaissance are marked, e.g. in the Lower Castle of Vilnius as well as the palaces of Raudondvaris and Siesikai.

An early Baroque church in Vilnius is the Church of Casimir (1604), inspired by Il Gesù in Rome. The Baroque reached a climax towards the end of the 1600s with the Kamaldulens Monastery (1667-74, completed 1726) in Pažaislis, near Kaunas. A beautiful example of polychrome architecture is the Baroque St. Peter and St. Paul’s Church in Vilnius (1668–76). In the 18th century a number of churches were erected where the facades have slender twin towers, e.g. the Benedictine Church of St. Catherine (1741–42) in Vilnius, which formed a pattern for similar churches elsewhere in the country.

Neoclassicism began to emerge from the late 18th century. Lithuania’s foremost architect at this time, Laurynas Stuoka-Gucevičius (1753–99), led the rebuilding of Vilnius’ Cathedral from 1783 and the Neoclassical-style Vilnius Town Hall (1781–86). An impressive Catholic Round Church was erected in Sudervė (1802–11), as well as a number of palaces and manor houses.

Around 1900, the architecture was characterized by romance and historicalism. The art school and bank in Kaunas were both erected in a classicist-inspired style. Postwar architecture was adapted to the ideals of industrialism and functionalism, but gradually became more regional. New cities such as Elektrėnai and Visaginas grew up, as did modern districts in Vilnius and Kaunas. Recent architecture has paid more attention to the regional character, and buildings worth mentioning are the Historical Museum in Vilnius (1980), Vilnius Dramatic Theater (1981) and the Picture Gallery in Kaunas (1988).

Folk music is documented by archaeological finds dating back to the Stone Age. The professional music scene has its roots back to the 13th century, especially at the court of Grand Duke Vytautas. The influence of Catholic church music increased from the 1300s, and Western art music gained entry through the church and court from the 1400s. The first collection of music with Lithuanian lyrics was published in 1547. During the union with Poland and the period as Russian province began an assimilation of the neighboring languages ​​of the neighboring countries. Italian opera also gained entry as early as 1636.

At Vilnius Academy, music practice and theory were cultivated from its founding in 1579. Vilnius also became a center for organ building. A national wave, mostly aimed at Russian domination, arose during the second half of the 19th century, with active amateur choirs and orchestras. Almost all composers and folk tune collectors were organists, with Mikalojus Čiurlionis as the leading spokesman.

Most of the composers have developed a national style, some with a popular style (Stasys Šimkus), others with impulses from expressionism (Juozas Gruodis) or impressionism (Jurgis Karnavičius). Also during the Soviet regime the national tone was cultivated by composers and musicians. through choral and chamber music. The avant-garde also brought in newer impulses from Western contemporary music, such as twelve-tone technique, aleatory and dot music. After the fall of the Soviet State, cultural contacts with Western and Nordic countries have been strengthened. 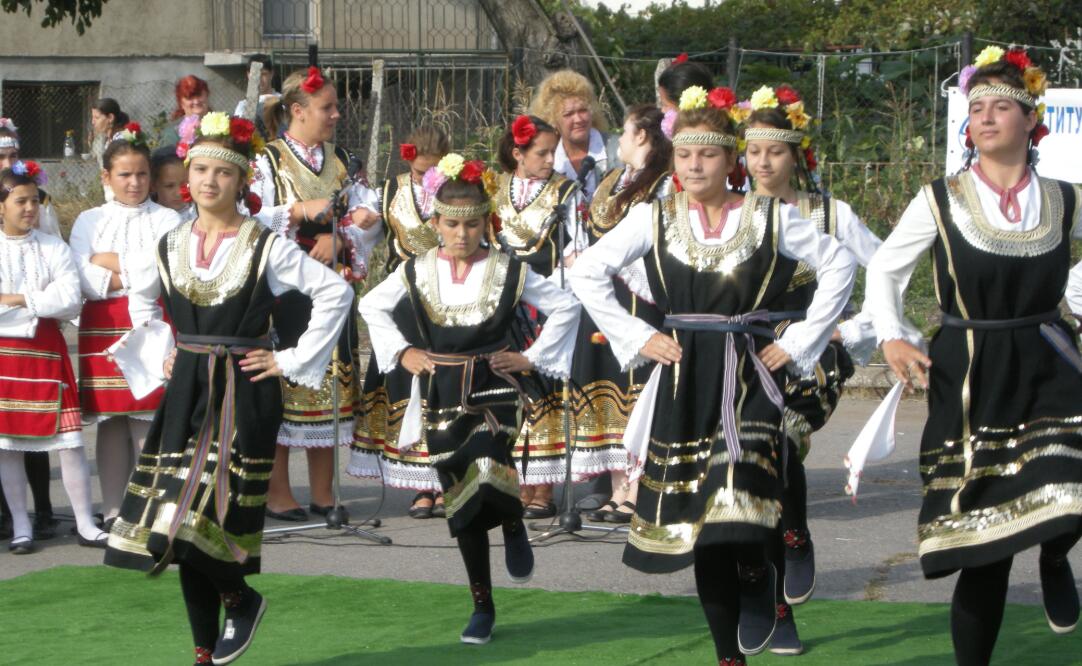 The formation of a Bulgarian music culture began in the 600s, through a synthesis of cultural impulses from three ethnic groups: the […]