Ski complex Gubałowka is located at an altitude of 1123 meters above sea level in the northwestern part of Zakopane. On the eastern side of Gubalowka is the highest mountain village in Poland – Ząb and the western border passes with the peak of Butorovy Verkh.

The mountain offers stunning views of the Polish Tatras across the valley below, as well as a panorama of the Zakopane and Podhale regions, the Pieniny mountain range and the Slovak territory.

Note: according to allcitypopulation, the population of Poland is 37.78 million (2021).

How to get to Gubalowka

You can get to the top of Gubalowka from the central part of Zakopane by funicular, which covers a distance of 1298 meters in three and a half minutes.

At the funicular there are stalls and stalls of the local bazaar with souvenirs, smoked cheeses and handicrafts.

The Gubaluvka ridge is extended for 9 kilometers and has a gentle peak that stretches from Kotelnitsa to Butorovy Verkh. Since 1936, 108-seat rail funicular cars have been lifting tourists to a height of 1120 meters. The rest of the lifts and trails are located on the southern slope of Gubalowka and on the southeastern slope of its tip in Kotelnica.

Along the ridge on the northeastern slope of Gubałówka, there are several private drag lifts.

A half=pipe has been built for snowboarders on Verkhnyaya Polyana (the southern slope of Gubalowka). In total, 6 tracks were laid on Gubalowka: 2 red and 4 blue, as well as several training slopes.

The total length of the pistes is 6.4 km, and the longest stretches for 1600 m. The maximum elevation difference is 300 m. The pistes are mostly blue and green, artificial lighting works in the evening. The funicular runs from 6:45 to 20:50, the rest of the lifts – from 10:00 until the last skier.

Entertainment and attractions of Gubalowka

In Zakopane there is a water park with outdoor and indoor pools, water slides, saunas and bowling, and on the way to Krakow you can drop into the town of Rabka-Zdrój, where the Rabkoland amusement park is located.

12 km southeast of Zakopane is one of the most popular attractions of the entire ski resort – Lake Morskie Oko. You can get to the lake by bus or minibus, which depart from Kościuszki Street and follow to Polana Palenica (travel time 30 min.). Further, a 9 km long road follows to the lake, entry to which is prohibited, so you will have to overcome it on foot (travel time is about 2 hours one way). Alternatively, you can hire a horse-drawn carriage. The last bus in Zakopane leaves between 17:00 and 18:00.

Not far from Zakopane, at the foot of the Pieniny Mountains, on the right bank of the Danube River, there is the Niedzica Castle, built in 1320-1326. Now the castle has a museum with a collection of old printed publications and engravings with views of the castle in different periods of history, a collection of old clocks and hunting weapons of the 18th-19th centuries. In 1954, the Pieninsky National Park was founded on the territories adjacent to the castle.

The ski complex Kasprowy Wierch is located in the Western Tatras on the very border with Slovakia and rises above the valleys of Bystra, Dry Water Gansenicova and Quiet Liptovska. The name “Kasprowy Wierch” comes from the Kasprowy mountain pasture lying at its foot, where mountain dwellers pastured their cattle from ancient times. According to legend, the mountaineer Kasper was the owner of the pasture.

At the lower stations of the lifts there are restaurants, bars, equipment rental, service center.

How to get there

The first stage of the cable car to Kasprowy Wierch is located 7 km from the center of Zakopane. Three cable cars lead to the top of the mountain – one follows from the Kuznitsa station, the other two from the stations of the Gonsenitsova Valley and the Gorychkova Valley.

The skiing season in Kasprowy Wierch starts from mid-December and lasts until early May.

The trails of Kasprowy Wierch are laid along the northern and northeastern slopes of the mountain. The most famous of them stretch from Kasprowy Wierch to Svinnica, to Orla Perts and to the peaks of Krasny Verkh and Gansenitsova Mountain Pasture. The elevation difference is up to 930 meters, the longest route stretches for 7 km. The tracks are difficult, mostly black.

From the terrace, located near the cable car station, a stunning panorama of the Kryvania and Svinica peaks, the Kostelca massif and the Gonsenicovy Cauldron opens up.

The most popular attractions located near Zakopane are the emerald-green Morskie Oko Lake and Niedzica Castle. The lake can be reached by bus or minibus, departing regularly from Kościuszki Street and following to Polana Palenica (travel time 30 min.). Further, a nine-kilometer path leads to the castle, which will have to be overcome on foot, since the entry of vehicles to it is prohibited.

Niedzica Castle, dating from the beginning of the 14th century, is now a museum. The collection of the museum is represented by old printed publications and engravings with views of the castle in different periods of history, a collection of antique clocks and hunting weapons of the 18th-19th centuries. In 1954, the Pieninsky National Park was founded on the territories adjacent to the castle. 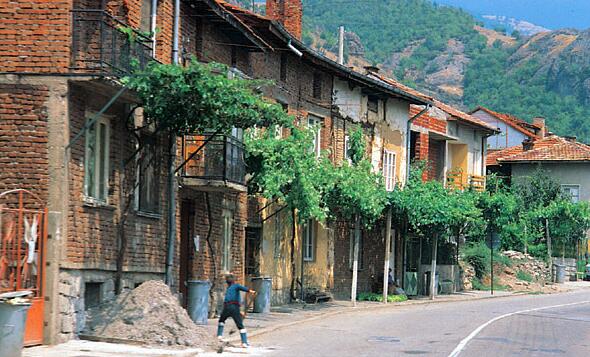