Estonia is a republic in Europe on the eastern Baltic Sea. The country borders the Gulf of Finland in the north, Latvia in the south, Russia in the east and the Baltic Sea in the west, with a total coastline of 3794 kilometers and a total of 2222 islands. The capital is Tallinn, formerly called Reval.

Estonia is the smallest and northernmost of the three Baltic states. The country is slightly smaller than Finnmark county. After being annexed by the Soviet Union in 1940, the country regained its independence in 1991. The authorities’ relationship with Russia and the large Russian minority in the country is poor.

The name Estonia may be after the peoples esters, mentioned in written sources from the first century AD, or the old Norse name Estonia, by the popular name Esther (‘the country of Esther’). 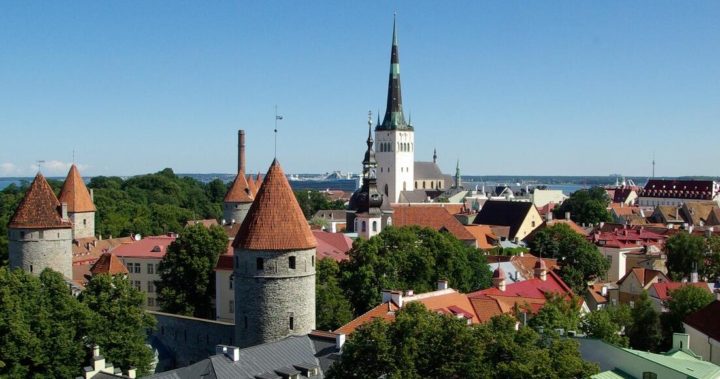 Estonia is mainly a low plateau with plains; it is a moraine landscape with an average height of 61 meters above sea level. The highest point is Suur Munamägi in the southeast at 317 m. Forests cover 52.1 per cent of the land area, while the agricultural area is 22.2 per cent.

Shallow lakes comprise 4.7 percent of the area. Lake Peipus in Estonia and Russia is Europe’s fourth largest lake. The three largest of the 2222 Estonian islands in the Baltic Sea are Hiiumaa, Saaremaa and Vormsi. 20 of the islands are inhabited with a total of about 48,000 inhabitants. Of these, more than 41,000 live on the three largest islands.

The climate is temperate and in the transition zone between maritime and continental. The seasons are about the same length. Snow is normally from mid-December to the end of March.

The vegetation consists mainly of coniferous forests with a considerable amount of deciduous trees. In the islands of Hiiumaa and Saarema there is a steppe-like vegetation.

In the forests, bear, lynx and wolf roam. In addition, there are beavers, wild boar, deer, deer and hare, and flycorn in the northeast. In Riga Bay, ring seals live. More than 225 breeding bird species have been detected, including stork and black stork. Among the birds of prey there are the three species of king eagle, sea ​​eagle and big scream eagle. There are five species of frogs, four species of toads and 75 fish species.

Official language is Estonian, while Russian language is a large minority. Estonian is a Baltic-Finnish language that is closely related to Finnish and the recently extinct livi.

Population growth is negative, especially due to the age structure with a high proportion of the elderly, low birth rates and emigration. Life expectancy at birth is 82.3 years for women and 73.7 years for men as of 2018.

The Riigikogu National Assembly has 101 members who are elected in the general election for four years. The president is elected for five years and can be re-elected once. He is the country’s head of state and nominates the prime ministerial candidate, who must be approved by the National Assembly. Estonia has a combined parliamentary and presidential system of governance, and a multi-party system.

The defense consists of army, navy and air force. One year of first-class service is common duty. There is a semi-military home defense, Kaitseliit.

Estonia is a member of, inter alia the United Nations, World Trade Organization, the OECD, NATO, EU and the Baltic Sea States Council.

Estonia was originally inhabited by Finno-Ugric tribes. From the 8th century, Vikings traveled through Estonia. In the 11th century, Estonians operated plundering and trading vessels to Sweden and Denmark. Russians particularly attacked the southeastern part of Estonia several times in the Middle Ages.

Germans and Danes attacked Estonia and other Baltic crusades since the Estonians were not Christian. At the battle of Viljandi in 1217, the Estonians were beaten by German knights, Latvians and livers. The southern part of the country was placed under the Order of the Swordsman and Bishop of Riga.

In the north, the Germans allowed the Danish king Valdemar Seier (Valdemar 2 Victory) to conquer, among others, Tallinn (‘the Danish city’). Danish colonization did not follow the conquest; however, there were several Estonian revolts. In 1346, King Valdemar Atterdag sold Northern Estonia to the German Order of which the Swordsman Order had become a part.

Germans ruled Estonia for hundreds of years. Several of the cities were members of the Hanseatic League, and they gained prosperity through trade with Russia. In the 16th and 16th centuries, Estonian farmers became viable. In the 16th century, the Russians tried to conquer Estonia, but the country was divided between Poland, Sweden and Denmark. In 1648 Denmark ceded its share to Sweden. At the peace in Nystad in 1721, all of Estonia became Russian.

In February 1918, Estonia declared independence after the Finns and Baltic German forces had helped evacuate the Bolsheviks. Estonia received a liberal democratic regime with authoritarian elements. At the peace in Tartu in 1920, the Soviet Union recognized Estonia’s independence “forever.” In the 1920s the political situation was unstable, and in 1937 the country was given a constitution with partial corporate character.

After World War II, considerable immigration of Russians and deportation of esters to the Soviet Union took place. In the 1980s there was a national awakening with demands for economic and political independence. During the coup d’état in the Soviet Union and the country’s collapse in 1991, Estonia declared independence. In 1992, the coin unit crown was introduced.

Estonia joined NATO and the EU in 2004 and joined the eurozone in 2011. Since the 1990s, Esther’s relations with the Russian minority, which requires citizenship and voting rights, as well as border disputes with Russia, have been the major political challenges.

Business from the Soviet Union period was restructured from the late 1980s. Agriculture, which was collectivized, has been privatized. Since 1991, Estonia has had a very liberal economic regime with low income tax, low corporate taxation and low tax levels. Following its membership in the EU, the Estonian economy has been one of the fastest growing in the region, and Estonia has therefore been referred to as ‘the Baltic Tiger’.

Agriculture is characterized by high production and cultivation of barley, rye and potatoes and vegetables. The livestock is substantial with cattle, pigs, sheep and goats as well as poultry. There is large production of milk and cheese.

Substantial forestry forms the basis for a large sawmill production. Timber is exported, especially to Finland and Sweden. In recent years, the furniture industry has experienced strong growth.

Deep sea fishing is conducted in the Baltic and Atlantic Oceans, and freshwater fishing in the lakes and rivers.

The most important mineral deposits are the oil-rich shale in the northeast, which contains about 20 percent petroleum. Estonia has Europe’s largest deposits of phosphorite, which, however, is not recovered. Peat and firewood are important sources of energy.

The industry is concentrated in the north and includes textile production, electrical and mechanical industry, electronics and information technology, wood processing, chemical industry and food industry. Estonia is considered one of the world’s most digitized communities. The country has a large IT sector. This sector’s contribution to the gross domestic product ( GDP ) is seven percent and employs four percent of the working population.

The most important economic partners are the EU, Sweden and Finland. Tourism, especially to Tallinn, is increasing. In 2017, more than six million tourists visited Estonia.

There is a mandatory nine-year school from seven years and three-year upper secondary and vocational schools. More than 80 percent of students take higher education. Most schools have Estonian as their main language. Estonia has a number of public and private universities.

The country has nine national newspapers and a number of regional and local newspapers. Estonia is recognized for a high degree of freedom of the press.

Estonia has nine domestic TV channels. ETV24 is a business owned by Eesti Rahvusringhääling, a publicly funded radio and television organization that in 2007 took over the functions of Eesti Radio and Eesti Televisioon. In addition, the Esters have access to Russian, Finnish, Swedish and Latvian TV channels.

Estonian folk poetry goes back to well before the 1100s. A newer folk poetry flourished in the 18th and 19th centuries, and the country has one of the world’s largest collections of such poetry. The national post ” Kalevipoeg ” initiated the national romance.

Runesang is the oldest known form of music; it has a tradition of at least 2000 years. The national anthem is partly characterized by polyphony. In the 1900s, a public music scene developed in the cities. Leading recent composers are Eino Tamberg (1930–2010), Arvo Pärt (1935–) and Veljo Tormis (1930–2017). There are several song festivals and an annual jazz festival in Tallinn since 1949.

Estonia has an old and rich folk dance tradition.

Graphics has always held a strong position in Estonian visual art, with the graphic artist Eduard Wiiralt (1898–1954) as the country’s internationally best known artist. Raoul Kurvits (1961–) has made his mark internationally with his performance art. 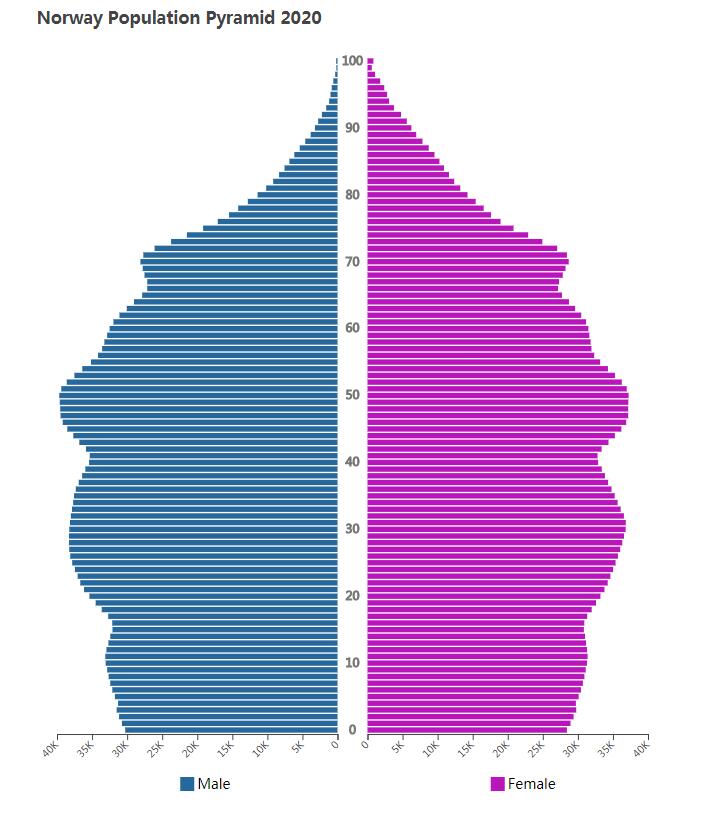 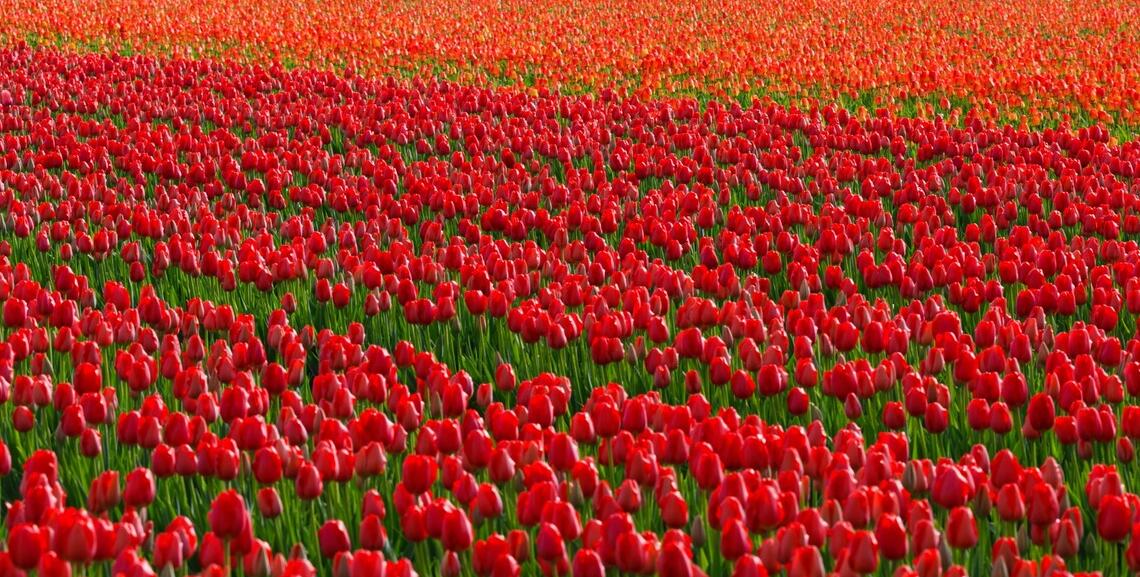