The Bosnia War of 1992–1995 caused major damage to the country’s infrastructure and was very devastating to business. Although the damage has been largely repaired, the economic situation in Bosnia and Herzegovina is difficult. Among other things, this has to do with a highly decentralized governance system that prevents effective coordination of economic policy and coordinated economic reforms. The country also faces major challenges with corruption. 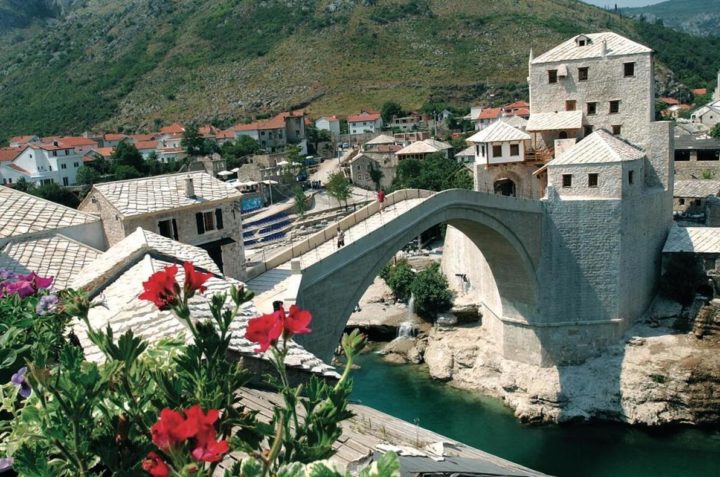 From the town of Mostar, approx. 100 km south of Sarajevo. The new bridge over Neretva is an exact replica of the old bridge dating from 1566, which was destroyed during the Bosnian civil war of 1992–95.

The agricultural area covers 42.2 per cent of the land area. 18 percent of the working population are employed in agriculture, which accounts for 6.8 percent of the country’s GDP (2017). Among other things, it is grown maize, wheat, barley, oats, potatoes, sugar beets, fruit (especially plums) and tobacco. Cattle and sheep farming is also important

42.8 per cent of the land is covered by forests, which have provided the basis for the furniture and paper industry.

The industrial structure is largely based on outdated heavy industry. 30.4 per cent of the working population is employed in industry and mining, which contributes 28.9 per cent of the country’s GDP. In addition to the furniture and paper industry, the industrial activities include the production of iron and steel (Zenica, Ilijaš, Jajce), aluminum (Mostar) and the chemical industry (Tuzla), textile industry (Sarajevo and Mostar) and the machinery and automotive industry (Sarajevo).

The mineral resources are substantial, with iron ore (near Vareš and Ljubija), lignite (near Sarajevo and Mostar), copper (near Gornji Vakuf), chromium and manganese ore, salt, bauxite and more. 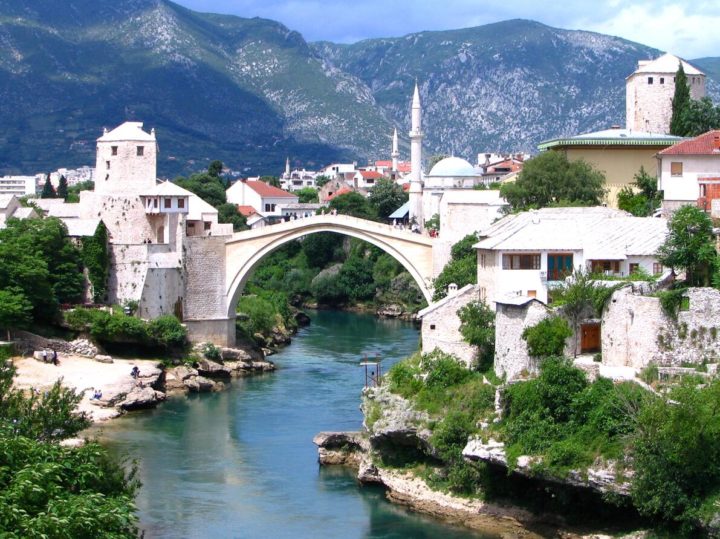 From the town of Mostar, approx. 100 km south of Sarajevo. The new bridge over Neretva is an exact replica of the old bridge dating from 1566, which was destroyed during the Bosnian civil war of 1992–95.

In 2016, approximately 65 per cent of the consumption of electrical energy came from coal power plants and 35 per cent from hydroelectric power plants. During the civil war, much of the country’s power supply was destroyed.

Large parts of the rail and road network were devastated during the war in 1992–1995. After the war it has gradually been rebuilt. In Bosnia and Herzegovina, there are 22,926 km of roads, of which 19 426 km are paved. The railway network is at 926 km. There are international airports at Sarajevo, Tuzla, Banja Luka and Mostar. 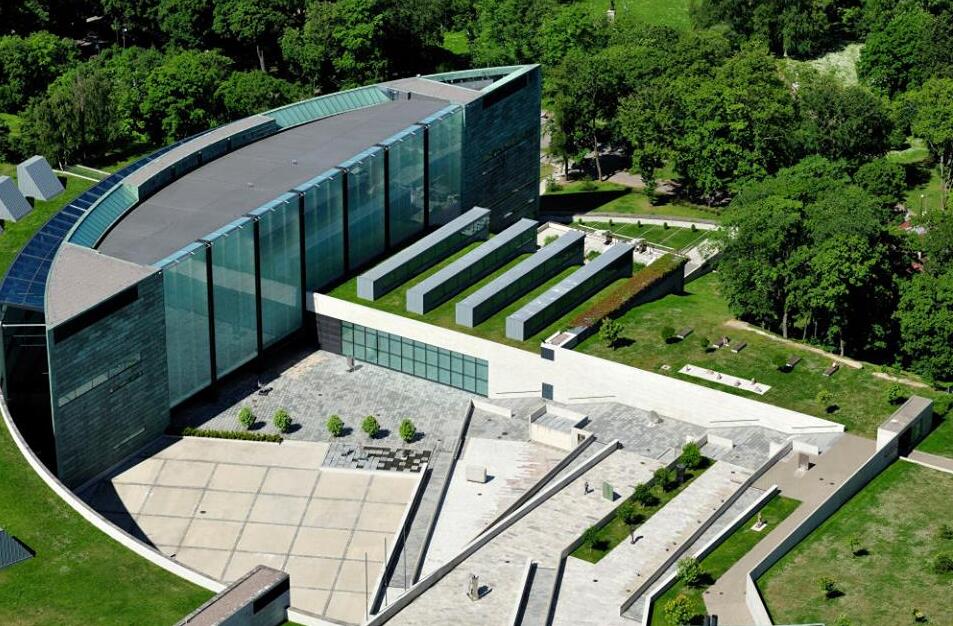 The art before 1850 The art in Estonia before 1850 was influenced by the influence of Germany, Sweden and Russia. In the latter half of […] 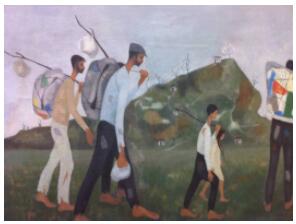