Estonia’s contemporary history is the story after 1991. Estonia was occupied by the Soviet Union during World War II. Following the collapse of the Soviet Union in 1991, Estonia declared itself independent.

Independence and relations with Russia

Estonia achieved its independence without the same drama as Latvia and Lithuania. The three Baltic countries chose to stand outside the newly established Commonwealth of Independent States (SUS) in 1991. In the years after 1991, there were several serious conflict issues in relation to Russia. The most important has been the legal terms of the large non-Estonian people group (especially Russians) in Estonia in terms of citizenship, voting rights and language requirements. Russia has accused Estonia of legitimizing discrimination against the Russian minority by defining them as foreigners who have to seek citizenship and who thus do not have automatic voting rights.

In 1993, Parliament passed an immigration law which, among other things, meant that those who did not apply for a residence permit risked being expelled. There has also been a dispute over the Estonia-Russia border. Estonia has claimed an area of ​​about 2000 km2, which belonged to the country between 1920 and 1940, but was transferred to Russia during the Soviet period. A third problem has been the Soviet military presence.

At independence in 1991, there were 40,000 Soviet soldiers in Estonia, and negotiations for repatriation started in the fall. Russia, on several occasions, threatened to link this issue to the dispute over the rights of the Russian minority. However, the last Russian soldiers left Estonia in August 1994.

Some sections of the Estonian Constitution of 1938 were reintroduced in May 1990. Following the independence in 1991, a new constitution was drafted. The form of government was supposed to be Republican and parliamentary, but with a relatively strong presidential position. The first president should be elected by direct election. Then the president was to be elected by parliament. The Constitution came into force on July 3, 1992 after being approved by a referendum in June. 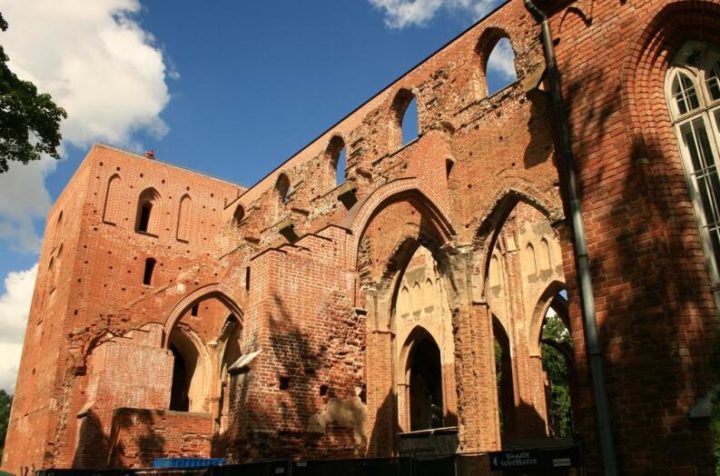 The first election after the new constitution on September 20, 1992, was won by the center / right-wing Federation Alliance (Isamaa). The majority of the non-Estonian ethnic groups (38.5%) did not have the right to vote. After the election, Mart Laar became prime minister. He was one of the founders of the Estonian Cultural Heritage Society in 1987 and the Christian Democratic Party, and led the Isamaa Alliance from 1992. In the direct presidential election, none of the candidates gained a large enough majority, and the election passed to the Reichstag, which elected Lennart Meri as president.

The Isamaa Alliance was split in June 1994, and Laar was replaced by Andres Tarand. He had his background in the environmental movement and did not belong to any political party. The government was still composed of center / right-wing parties, but social democrats were also involved. At the next parliamentary elections in March 1995, the government parties suffered defeat. The victorious center / left coalition formed a new government in April under the leadership of Tiit Vähi (also prime minister in 1992). In 1997, Prime Minister Vähi had to step down following a corruption scandal, and Mart Siimann took over.

In the 1999 elections, the Center Party received the most seats in the National Assembly, but the party remained outside the government. Mart Laar became new prime minister for a center / right-wing government. During the 2001 presidential election, Arnold Rüütel of the opposition party The People’s Association overcame Toomas Savi of the ruling Reform Party. In 2002, a crisis in local politics in Tallinn caused the Laar government to step down. The Center Party and the Reform Party agreed to form a coalition government despite the political distance. The government did not have a majority in the National Assembly and received support from the League of Nations. The leader of the Reform Party, Siim Kallas, became the new prime minister.

It was feared that the unstable political situation could delay the approach of the EU and NATO. At the election of a new national assembly in 2003, the newly formed right-wing party, Res Publica, and the Center Party were the winners of the election. President Rüütel appointed the leader of Res Publica – Juhan Parts – as prime minister in a broadly composed coalition government. The main task of the Parts government was to bring Estonia into the EU and NATO.

The economic and social development after independence has been characterized by the same restructuring problems as in other former communist countries. Both the right- and left-wing governments have advocated for privatization and market economy reforms, although the left has demanded greater social considerations. The fact that the Baltic economies were previously integrated into the Soviet economy has led to extra problems.

In June 1992, Estonia introduced its first currency, the Estonian krone (krone), as the first of the former Soviet republics. Estonia joined the World Bank and the International Monetary Fund (IMF) in 1992. After several years of economic decline, a moderate upturn began in 1994. Following a crisis in the Russian economy in 1998 and low demand from Western Europe, economic growth slowed and unemployment increased dramatically.

Estonia signed a free trade agreement with the EU which entered into force on 1 January 1995. An application for membership was sent the same year, and in 1998 negotiations began. At the EU summit in December 2002, Estonia was formally invited to become an EU member from 2004. The membership agreement was signed in mid-April 2003. Just a month later, Estonia signed a statement from 16 of the EU’s 25 future members; the declaration went against the proposal for a new EU constitution to appoint an EU president to replace the rotating presidency scheme.

Many of the small states in the EU feared that their influence in the Union would be weakened if a president were to be appointed. In addition, many small EU states opposed the proposal that the members of the European Commission should be reduced. In November 2003, the European Commission approved the measures that Estonia and the other candidate countries had implemented to introduce EU legislation.

In September 2003, an advisory referendum was held on the EU, with 66.9% of the votes cast. The Yes side argued that EU membership would act as a buffer against political pressure from Russia and guarantee Estonia’s independence and security. In addition, EU supporters argued that EU membership would ensure strong economic growth; The trade union movement and the business community were strong supporters of this cause. The No side claimed that Estonia’s independence was threatened by membership, and compared a membership with time under the Soviet Union. In addition, it argued that Estonia would lose much of its legislative power. The Center Party – Estonia’s leading opposition party after the March elections – opposed EU membership. Estonia joined the EU on 1 May 2004.

The security fears of Russia were the reason why Estonia wanted to join NATO. The increased cooperation between Russia and the United States in the fight against terrorism was thus viewed with skepticism. Russia strongly protested that the Baltic States would become NATO members. In 1999, a plan was drawn up for how potential new members would adapt to NATO. At a NATO summit in November 2002 in Prague, Estonia and six other states were invited to become NATO members. Estonia and the other new Member States signed the membership agreements at an extraordinary meeting of NATO’s highest body on 26 March 2004.

The country has a very liberal economic regime and foreign investment plays an important role in the Estonian economy. Estonia entered the euro zone on January 1, 2011, then declared its own currency, the Estonian krone, for the benefit of the euro. The border agreement with Russia remains unresolved. About a quarter of Estonia’s residents are Russians immigrated / forced to move in Soviet times. The Estonian government is actively working to contribute to the integration of the Russian-speaking population.

Estonia became part of the Schengen cooperation from mid-December 2007.