The Bosnia War was a war that lasted from April 1992 to November 1995. The war revolved around control of the Republic of Bosnia-Herzegovina, in the wake of the disintegration of the Yugoslav state. Nationalist politicians from what had been the Bosnian Republic’s three constituent peoples (Muslims, Serbs and Croats) since 1943 fought with military means after the Bosnian-Serbian side started a civil war in 1992.

The Bosnia War was the largest armed conflict in Europe after the Second World War, and an estimated 100,000 killed, of which 35-40 percent are civilians. There was also major material damage, especially on the housing stock. 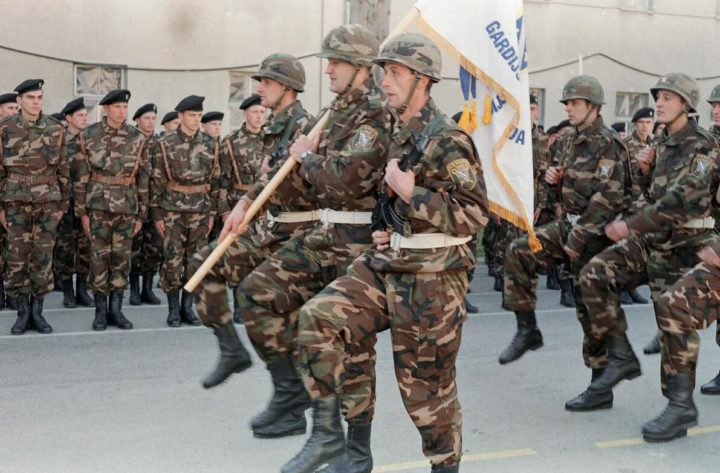 After the collapse of the Communist regime in Yugoslavia, elections were held in 1990 in all the sub-republics. In the Republic of Bosnia-Herzegovina, the supranational Communist Party received only 14 of the 240 seats in the National Assembly. After the election, Bosnian politics was dominated by three nationalist parties, one for each of the republic’s three constituent nationalities. These three were the Muslim (Bosnian) Democratic Action Party (SDA) led by Alija Izetbegović, the Serbian Democratic Party (SDS) led by Radovan Karadžić and the Croatian Democratic Community (HDZ), led by Stjepan Kljuić. A unifying government was formed, and Izetbegović became chairman of a collective presidency.

In 1991, after Croatia and Slovenia broke away from Yugoslavia, conditions deteriorated. The SDA advocated a unified Bosnia-Herzegovina, where the number of Muslim Bosnians would be greatest. The Serbian-Bosnian SDS wanted to disengage from Bosnia and become part of a larger Serbian state. In January 1992, Serbian nationalists declared autonomous Serbian territories in Bosnia and Herzegovina, the forerunner of today’s Republika Srpska, the Bosnian Serbian Republic. Also among Bosnian Croats, there was a strong desire to join Croatia, especially among the Croats in Western Herzegovina bordering Croatia. Here, “The Croatian Republic of Herceg-Bosna” had been established in January 1991 (discontinued in 1994).

Part of the picture is that Bosnians, Serbs and Croats lived in “humps to bolts” in the Republic, making ethnic border crossings difficult. In the larger cities, especially Sarajevo and Tuzla, there was considerable cross-ethnic support for the idea of ​​ethnic cohabitation rather than detachment. 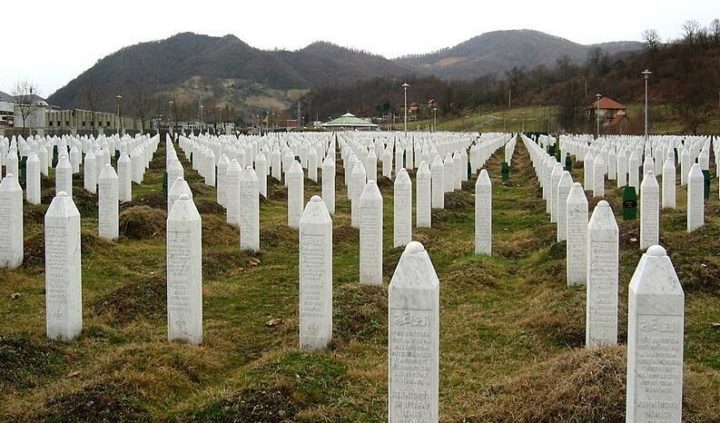 In February 1992, a referendum was held in Bosnia on the separation from Yugoslavia. Leading Serbian politicians called for a boycott and were followed by most ethnic Serbian voters. Nevertheless, the demand for detachment gained a majority. President Alija Izetbegović immediately declared Bosnia and Herzegovina an independent state, and in April 1992 the state was internationally recognized. After Bosnia and Herzegovina declared independence, Bosnian-Serbian forces joined, supported by the Yugoslav army, and started the civil war for detachment. This Bosnian-Serbian army, led by Ratko Mladić, stood against an alliance of Bosnian and Bosnian-Croatian army forces. However, this alliance was broken as early as May 1992 when Bosnian-Croatian and Serbian-Croatian leaders entered into an agreement to divide most of Bosnia-Herzegovina.

This gave the start of the Croat-Bosnian War, which lasted from June 1992 to February 1994. This war coincided with the other acts of war in the country, and stood between the Croatian outbreak Republic of Herceg-Bosna and the official army of Bosnia-Herzegovina, which was Bosniak-controlled. 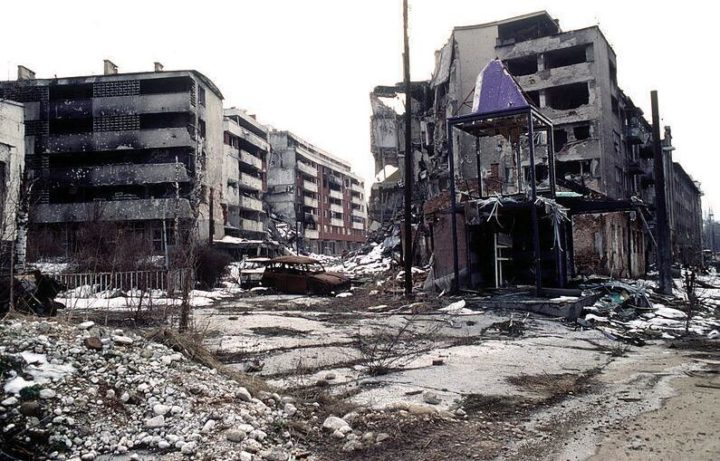 At the same time, the Civil War broke out. The Serbs attacked and took control of 70 percent of the territory. Sarajevo and other cities were besieged. The Croatians created an autonomous region of Herzegovina, called Herceg-Bosna. In 1993, Croats and Bosnians (Bosnian Muslims) came into conflict with each other in Central Bosnia; the bridge in the city of Mostar – an important cultural monument from the 16th century – was destroyed during the fighting.

Foreign diplomatic involvement, including from the United States, led to the re-establishing of the alliance between Bosnians and Croats in March 1994, and an agreement was signed on a Bosnian-Croatian federation. In February 1994, the Serbs agreed to withdraw heavy weapons from Sarajevo after the UN threatened to bomb NATO’s territory. In the fall of 1994, there were also fighting over the Muslim Bihać enclave in the northwest.

In the beginning, the UN sought to end the war through sanctions, conferences and negotiations. An international conference in August 1992 called for Bosnia and Herzegovina to remain one country within its borders. The conference also stated that “ethnic cleansing” should not be accepted. In 1992, a peacekeeping force of 24,000 United Nations ( UNPROFOR ) soldiers was sent to Bosnia and Herzegovina. The UNPROFOR force, originally deployed in Croatia, was intended to prevent the spread of the conflict and ensure that humanitarian aid emerged. In addition, NATO was authorized to enforce a flight ban on Bosnia. 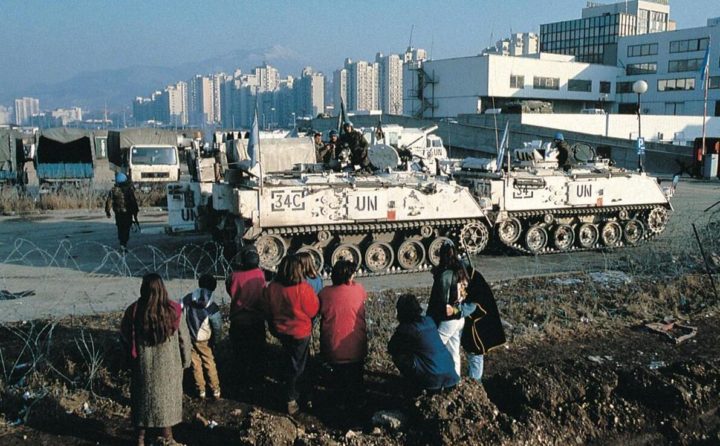 The first peace plan was tabled in January 1993 by peacekeepers Cyrus Vance and David Owen, but it was rejected by the Serbs. However, they accepted the second, tabled by Owen and Thorvald Stoltenberg – but this was wrecked by the Muslim-dominated government in September 1993. In 1994, a third peace plan was tabled by the so-called “contact group”, which consisted of the US, Russia, the United Kingdom, France and Germany. After that, the Serbs were to gain 49 percent of the territory, against 70 percent over which they had control. Serbian President Slobodan Milošević approved the plan, but not the Serbian leader in Bosnia,Radovan Karadžić. This led Milošević to stop all aid to the Bosnia Serbs.

The first NATO attack on Serbian targets took place in April 1994, but NATO was seriously drawn into the war in the spring and summer of 1995. Bosnian government forces launched an offensive in March. In May, the Serbs attacked Sarajevo with subsequent NATO bombing. The Bosnia Serbs responded by taking UN personnel hostage. Serbia, which was concerned about relations with the West, later contributed to the release of the hostages. In May, Croatia recaptured West Slavonia and the offensive continued into Bosnia. The Croatians managed to drive the Serbs back with the support of the Bosnian government.

In July 1995, the Serbs conquered Srebrenica – one of the UN’s “safe areas” – and inflicted massive attacks on the Muslim population. An estimated 8,000 Muslim boys and men were massacred. This created sharp reactions from the West. The UN authorized NATO to attack, and Serbian military targets in eastern Bosnia were bombed for several weeks. At the same time, the United States placed intense diplomatic pressure. The Serbs now realized that they had more to gain from negotiations. The Croatians and Muslims, on the other hand, had to be persuaded to sit down at the negotiating table. After the Serbs withdrew heavy weapons from Sarajevo, NATO stopped the bombing. The ceasefire was a fact in October 1995. 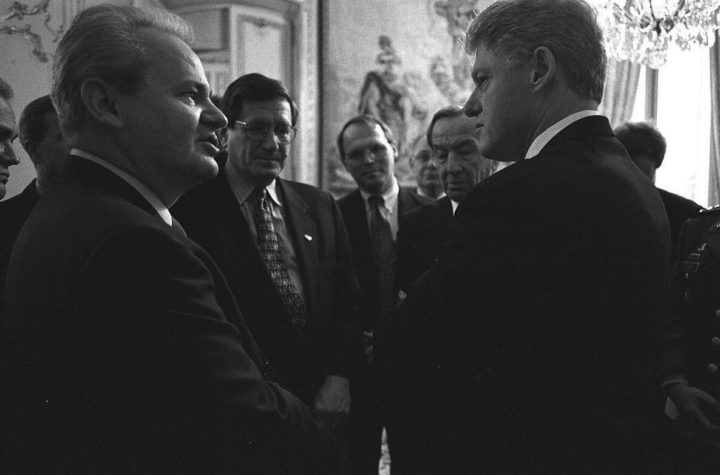 Serbia’s President Slobodan Milosevic (front left) with US President Bill Clinton during the signing of the agreement that ended the Bosnia war in 1995.

Bosnia and Herzegovina after the war

The post-civil peace negotiations took place in the United States (Dayton, Ohio), and the peace agreement was signed in Paris in December 1995. It was agreed that Bosnia-Herzegovina should consist of two entities: the Bosnian Serb Republic – Republika Srpska – was allocated 49 percent of the area, and a federation between Muslims and Croats – Bosnjak Croatian Federation – got the rest of the area. The agreement meant that the two units should have common defense, foreign policy and the judiciary.

To oversee the implementation of the Dayton Agreement, a position was set up as a UN envoy; a right-hander. He is the supreme authority in interpreting the civil provisions of the Dayton Agreement. The right-wing representative system has continued since, and he has the authority to dismiss elected representatives as well as administrative leaders and to pass legislative proposals. All the right-wing representatives have come from EU countries, and the deputy leaders from the US.

The first envoy was former Swedish Prime Minister Carl Bildt (1995–1996), followed by Spaniard Carlos Westendorp (1996–1999) and Austrian Wolfgang Petritsch (1999–2002). The latter averted, among other things, that the extreme right-wing nationalist Nikola Poplasen was allowed to stand for local elections in 1999; Petritsch believed that the Poplasen was impeding the implementation of the Dayton agreement. In 2001, Petritsch dismissed Ante Jelavić from the presidency. Jelavić belonged to the party HDZ, which led a group that had declared autonomy in three Croatian districts. Following pressure from Petritsch, the three leading Bosnian parties agreed on constitutional reforms that would guarantee equal rights between Serbs, Croats and Bosnians throughout the country in March 2002. The reforms were officially accepted in April.

Former British politician Lord Paddy Ashdown took over as envoy in 2002. He introduced a new law that would strengthen the power of the government of Bosnia and Herzegovina. A Justice and Security Minister was to be appointed, and the Prime Minister would henceforth be appointed for a four-year term (replaced the system of rotation between the ethnic groups). The collective presidency has since functioned by changing leadership every eight months.

In 1994, the UN Criminal Tribunal for the former Yugoslavia in The Hague began its work, and in 1995 the first charges were raised. In July 1997, the EU ceased financial assistance to the Serbian Republic because it failed to extradite suspected war criminals to the Hague Court. In 2001, the Serbian National Assembly approved a temporary law that allowed for cooperation with the international court. Former Bosnian Serb President Biljana Plavšić surrendered to the court in January 2001. She pleaded guilty to a charge of crimes against humanity in October 2002, and was sentenced to eleven years in prison in February 2003. In November 2001, Slobodan Milošević was indicted for to have been guilty of genocide against Muslims and Croats in Bosnia.

In December 1996, the UN mandate for the IFOR force expired. However, since the situation remained unstable, it was replaced by the Stabilization Force (SFOR) led by NATO. The mission of SFOR was to support democratic development and to achieve national unity.

In 1997, SFOR was authorized to arrest persons wanted by the Criminal Tribunal for the former Yugoslavia. The strength was originally 31,000 men, but was subsequently reduced several times.

In December 2001, NATO transferred partial control of Bosnian airspace to local authorities. At the end of 2002, the UN left the responsibility for leading the reorganization and training of the country’s security force to the EU. The EU was heavily involved in Bosnia and Herzegovina through a large bilateral representation and a police mission (EUPM) and EUFOR which took over the mandate of SFOR on 1 December 2004. EUFOR consists of a force of about 7,000 soldiers, the same number as the NATO-led force.

Former Bosnian Serb leader Radovan Karadžić was arrested by Serbian security forces in Belgrade in July 2008, after 13 years on the run. Karadžić was sent to the war crimes tribunal in The Hague, where in 2016 he was sentenced to 40 years in prison for crimes against humanity, mass murder, abuse, rape, robbery and ethnic cleansing. Ratko Mladić , commander-in-chief of the Bosnian Serb forces during the Bosnia war, was sentenced by the same court to life imprisonment for being responsible for the killings in Srebrenica and the siege of Sarajevo, which involved genocide, war crimes and crimes against humanity.

Since 1995, Bosnia and Herzegovina has had official objectives to drive reform processes to make the country more stable and sustainable, so that it can be integrated into Euro-Atlantic structures. But the reform work is slow. Many of the country’s problems with failing economic development and a slow reform process are due to a complicated and heavy-handed administrative structure combined with clientelism and corruption. The scheme of a right-wing representative has also led to extensive disclaimers on the part of Bosnian politicians.

The structure of four (five) public administration levels (municipal-city-canton-entity-state), of which three have legislative authority, was established through the Dayton Agreement in 1995. The complex structure was then constructed with emphasis on achieving an ethnic compromise that could stop the war. 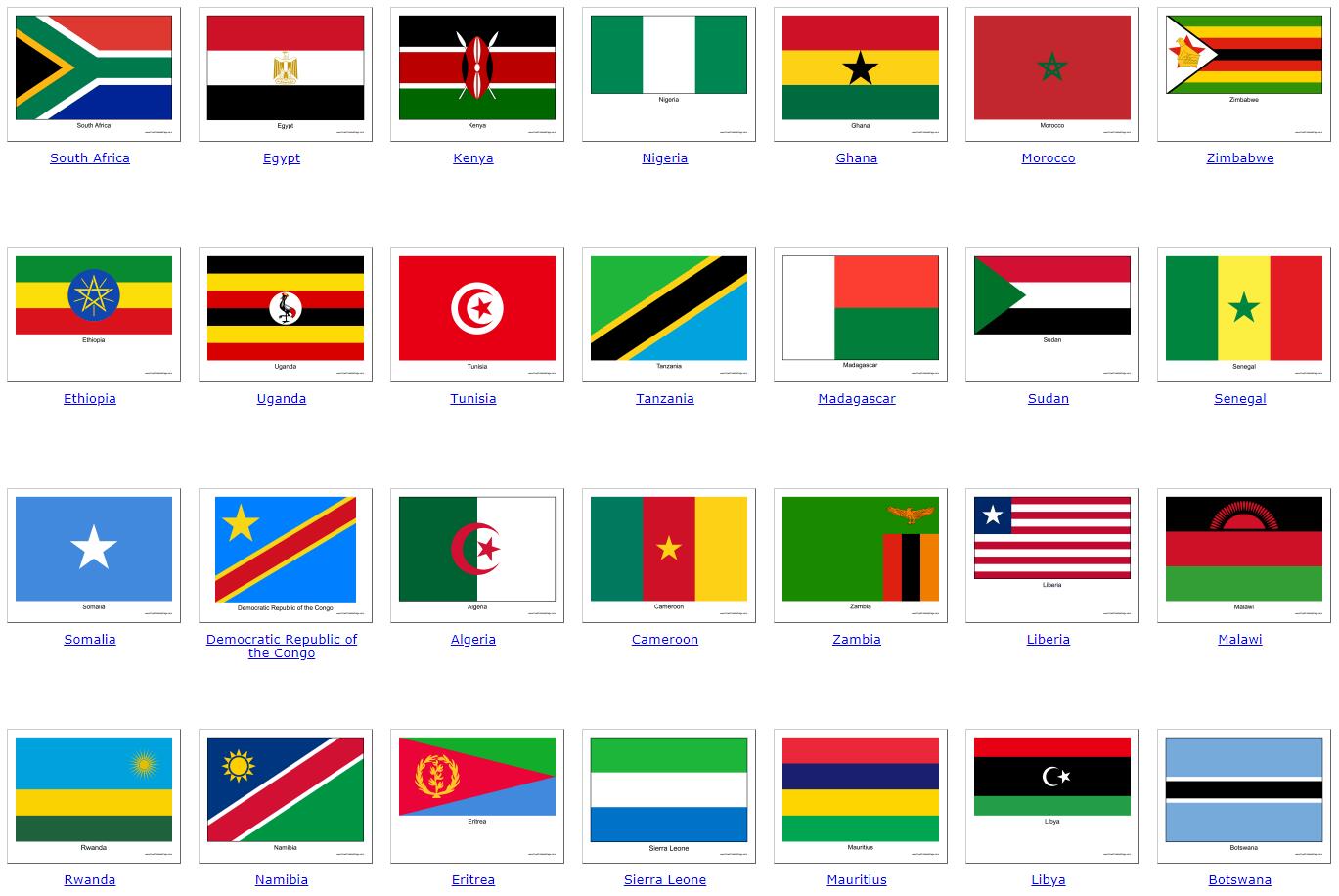