The Belarussian Orthodox Church is the country’s largest community and, according to the Religious Law of 2002, has a special position in society. Catholicism, Islam, Judaism and the Lutheran faith are recognized as “traditional religions”.

In the 2019 census, not half of the population described themselves as Orthodox Christians, while about 7 percent said they were Catholics. Other communities are small. When compiling the census, more than 40 percent of the residents were listed as non-believers, but it is a calculation that was done on unclear basis. Religious freedom prevails under the Constitution, but in reality it is limited. Religious activities that violate Belarus’s sovereignty are prohibited. Religious minorities, including Jehovah’s Witnesses, have been denied registration. 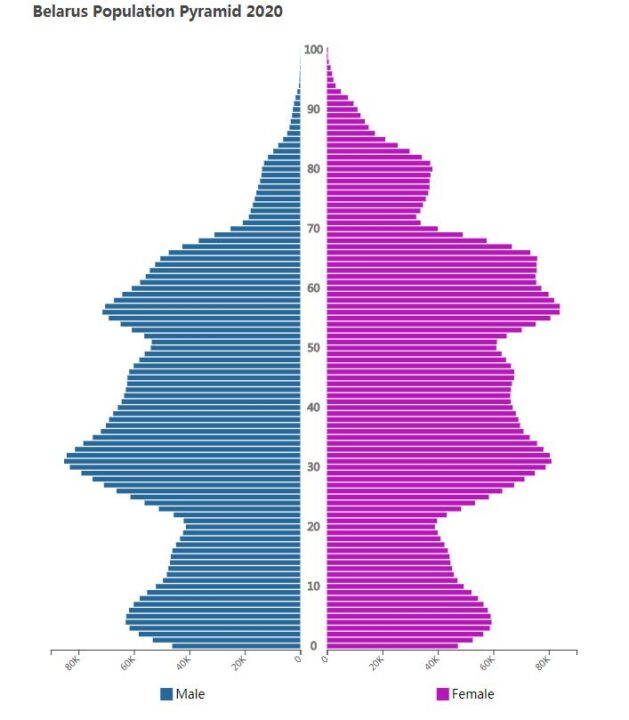 Belarus has often been the scene of conflicts over the history of the Eastern Orthodox and the Western Catholic Church, which has alternately had a dominant influence in the country.

During the Lublin Union (see Older History) from the middle of the 16th century to the end of the 18th century, the country’s nobility transitioned to Catholicism. In 1596, the Unified Church, also known as the Greek Catholic Church, was founded. This church recognizes the Pope as the highest spiritual leader but has maintained the Orthodox religious order and uses Church Slavs as the language of worship.

Many Orthodox Belarusian peasants were forced to convert to this form of Catholicism, which for 250 years was the dominant religious direction for a large part of the population. Some refused, leading to widespread persecution of Orthodox. When the Unified Church was banned by the Russian Czar in 1839, the Belarusians returned to the Russian Orthodox Church.

During communism in the 20th century, many parishes were disbanded and religious leaders were persecuted, murdered or exiled. The Catholics were worst affected by their contacts with Poland and with the Pope, but the Orthodox Church was also opposed.

Belarus Jews were persecuted both by the Soviet Union and by Nazism. Nearly 90 percent of the country’s Jews were murdered during the Holocaust. Today, Jewish organizations estimate that there are between 10,000 and 25,000 Jews in the country. The congregations belong to different areas of Judaism.

In the context of the 1980s reform policy in the Soviet Union, Belarus experienced a religious upswing. In 1990, a Belarussian Orthodox Church was founded as a branch of the Russian Orthodox Church. The United Church and other communities also resumed their activities.

The law requires religious groups to register with the authorities, with the names of all members, and seek the approval of the authorities, for example, for the dissemination of religious literature. Churches must have at least 20 members to hold worship services, even in the home. Foreigners are not allowed to lead communities.

Calling for a boycott of parliamentary work

The OSCE and EU observers say unison that the election was not free and honest and that there were so many violations of normal rules that it did not live up to international standards. Both organizations say that Belarus must change its electoral system from the ground up and improve the ability to register political parties. A few days later criticism also comes from the UN reporter who points out that this choice did not differ in any significant way from the previous ones, but that this time too was characterized by threats, fraud, manipulation and lack of transparency.

Almost all 108 out of 110 of the people elected to Parliament are considered to be close to Lukashenko. Two opposites; Anna Kanapatskaya from the United Citizens’ Party and independent candidate Alena Anisim, manage to get elected. They both will be the first opposition members of the Belarusian parliament since 1996. No parliamentary elections in Belarus have been considered honorable since the early 1990s, but United Nations Party leader Anatoly Lebedko says that Kanapatskaya’s victory shows that when voting is free from cheating, opposition can win. The election was monitored by more than 400 OSCE observers. According to the Election Commission, turnout was 74.3 percent.

Alarms about cheating in parliamentary elections

Parliamentary elections will be held on September 11. As a concession to the EU and the US, Lukashenko has made it easier for opposition groups to register candidates than in previous elections. The domestic observer group The Human Rights Defenders of Free Elections say that it observed cheating already in the few premises where early voting took place earlier this week.

The value of the ruble is written down

New banknotes are introduced in the denominations of 5 to 500 Belarusian rubles. Four zeros have been deleted from the old banknotes in an attempt to curb the galloping inflation. Before the reform, 22 450 rubles were spent on one euro.

Former President Stanislau Shushchevich is convicted of fining approximately SEK 2,600 for having participated in an illegal opposition meeting. 81-year-old Shushevich, who led the country from independence in 1991 until he lost power in 1994, is known for his criticism of current leader Lukashenko.

The retirement age is being raised

President Lukashenko issues a decree that the retirement age should be increased for both women and men by six months each year, until that year in 2022, reaching 58 years for women and 63 for men. Ever since 1932, women have been able to take full pension at the age of 55 and men at 60. The increase is a result of the country’s financial problems. Belarus GDP has been projected to shrink by about 4 percent in 2016.

The president’s friend is arrested

The KGB security police seize the influential businessman Yurij Chizh, who for many years has been a close adviser to President Lukashenko. Chizh is suspected of extensive tax fraud.

The EU decides to abolish most sanctions against Belarus, including against President Lukashenko. The sanctions were provisionally lifted in October 2015 but are now being abolished for good. 170 people and three companies are removed from the list of frozen assets and travel bans. The sanctions remain only for four people accused of being behind “unresolved disappearances”. Likewise, the EU retains the ban on selling weapons to Belarus. The EU says that conditions in Belarus are still far from perfect, but that the regime has nevertheless taken the decisive step to release the last political prisoners.

The climate of Marken According to cheeroutdoor, Marken is a former island in the Markermeer and belongs to the province of North […] 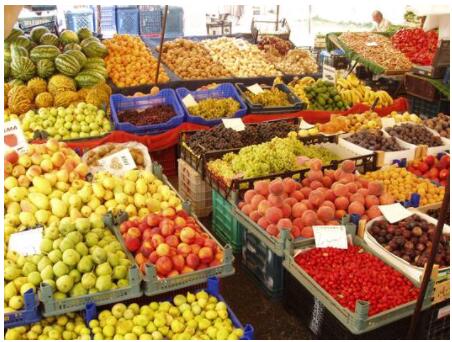 Housing and supply Vacant apartments can be found in English-language newspapers such as the “Turkish Daily News” or on the Internet. The […]